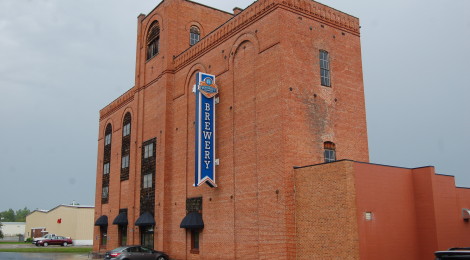 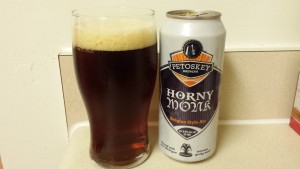 When it comes to Michigan breweries, few can beat the historical setting of Petoskey Brewing north of Petoskey. Already located on a beautiful stretch of M-119 that runs from Petoskey to Harbor Springs and past Petoskey State Park, Petoskey Brewing opened in 2012 in a beautiful brick building that was a brewery from 1898-1915. We first stopped in here in 2014, waiting out a heavy rain after taking down our campsite at the state park. That trip would end up being the one that really pushed visiting breweries as a hobby for us, so we owe Petoskey Brewing a big thank you for that. 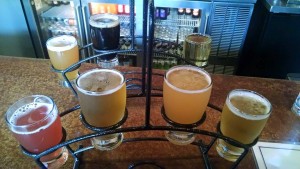 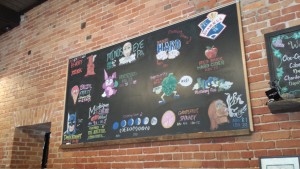 When we stopped in again in 2015, we were able to try a few more of the fantastic beers that we had missed out on the first time around. We got things started with Michigan Cherry Wheat, a delicious and slightly sour brew made with Michigan Cherry Juice. Next up was Sparkle, Petoskey Brewing’s homage to a beer brewed here in the early 1900s – a crisp, easy-drinking lager. We enjoyed the Petoskey Grapefruit Shandy and its great citrus flavor, then were finally able to try the Brain Freeze Waffle Cone Raspberry Cream Ale. This light but flavorful beer was every bit as tasty as we had hoped, and was the easy choice for a growler fill to bring home and share with friends. 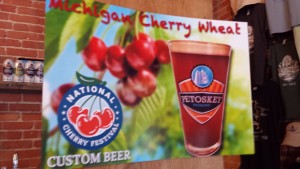 Hopscenity proved to be a great IPA, and Up In Smoke was one of the best smoked beers we’ve had at a brewery so far. We finished things off by trying the Red Brick Cider, a gluten-free hard cider made with a tasty blend of Michigan apples. There’s a pretty good rotation of beers here seasonally, and since we visited there is a hard root beer and a couple of rye beers on tap. For an updated tap list, check out the Brews on Tap page. 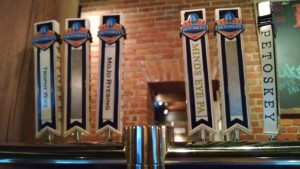 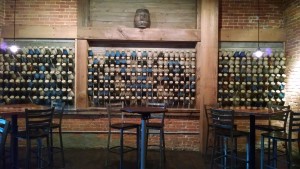