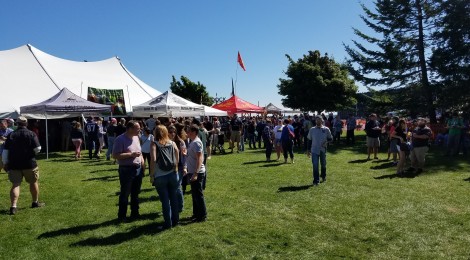 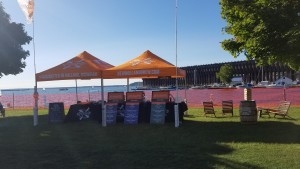 The Michigan Brewer’s Guild’s UP Fall Beer Festival is a favorite among craft beer lovers for its excellent location, relaxed atmosphere, and (usually) amazing weather. Located in Marquette’s Mattson Lower Harbor Park, this festival offers guests the chance to drink beer on the shore of Lake Superior, with the historic old ore dock n the background. Unlike its downstate counterparts, this festival only lasts one day and won’t feature 150+ of our state’s breweries (around 80 are scheduled to attend). We pored over the list of breweries and beers for this weekend’s festival to see what jumped out, paying specific attention to the offerings of the 13 Upper Peninsula breweries that will be represented. Below, we take a look at each of those breweries and highlight (at least) one beer that we are excited to check out at the 11th Annual UP Fall Beer Festival. For last minute tickets, complete festival details, and a link to download the beer list app, head to https://www.mibeer.com/Events/up-fall-beer-festival. This year’s event takes place on Saturday, September 7th from 1 p.m. to 6 p.m. 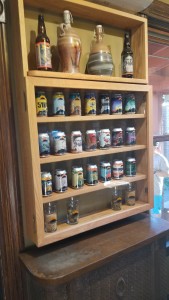 Blackrocks Brewery (Marquette) – Blackrocks Brewery always brings out some impressive beers for their hometown festival, and this year is no exception. We are looking forward to trying Mo Cash Brut IPA (Tequila Barrel Aged), an will probably be caught sipping on the Xtal Mexican Lager or Buzzy Joose Honey IIPA as well. 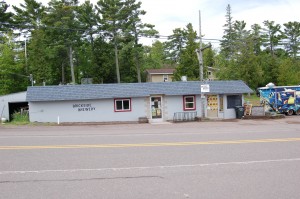 Brickside Brewery (Copper Harbor) – Not many people make it all the way up to Copper Harbor to visit Brickside Brewery, so this festival is a great place to try out a few of their beers. We’ve already had the Park Bench Porter, so we’ll be looking for a pour of the Walter’s Weizen (Hefeweizen) or Uphill Both Ways (Double IPA). 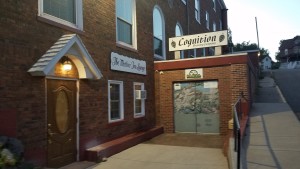 Cognition Brewing Co. (Ishpeming) – Cognition has some of the more intriguing offerings, ranging from Black Mass (robust porter with Chaga mushrooms and spruce tips) to Rhyma (a Finish Sahti). For us, the Foolish Fire Stout (Pumpkin Spice Habanero Oatmeal Stout) was the first beer to jump off this list. Other offerings that caught our eye were Pomblugenesis (pomegranate and blueberry kettle sour) and the Boreal Cranberry and Spruce Tip Ale.

Jasper Ridge Brewery (Ishpeming) – Somehow, we still haven’t made it to Jasper Ridge and our experience has been limited to trying their beers at festivals. This year, the Habanero Pineapple IPA sounds like a winner, and we’ll likely try the Schwarzbier as well. 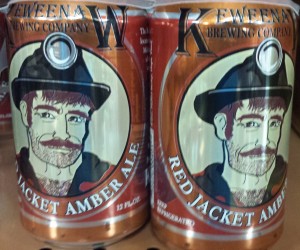 Keweenaw Brewing Co. (Houghton) – Widowmaker Black Ale is a standard pour for us when visiting U.P. bars and restaurants. The Wequetong Cherry Ale and the Nordlander Lager sound like solid options for this year’s festival. 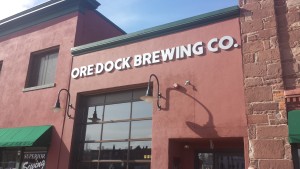 Ore Dock Brewing Co. (Marquette) – Since we’ve visited Ore Dock a handful of times our hop is to try a few new things from them at this festival. Bandarilla (Red Wine Barrel Aged Sour Blonde with blackberries), Brut Spring Street, and Serrano Saison are on our list of beers to try. Ore Dock will also have their Breakwater Hard Seltzer available.

Superior Coast Brewery (Sault Ste. Marie) – One of our favorite brewery locations in the entire state is Superior Coast Brewery at Karl’s Cuisine in Sault Ste. Marie. From the upper level of the restaurant you can eat and sip on a beer while watching Great Lakes freighters transit the Soo Locks! At the festival we’ll be looking to try Basil Copperpot’s Fugly IPA, an English style IPA with Fuggle hops and finished with fresh basil.

Superior Culture (Marquette) – Perhaps the most intriguing new addition to this festival for us is Superior Culture, a kombucha producer in Marquette that opened a taproom last year. They’ll have Birch Beer, Ginger Beer, Honey Booch Pale Ale and more – we can’t wait to check it out. 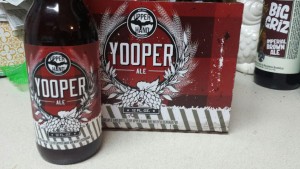 Upper Hand Brewery (Escanaba) – Since we can’t buy Upper Hand beer where we live, we stock up on it every time we visit the U.P. There’s a handful of beers they’ll be offering that we’ve never tried before, so plan on finding us in line waiting to taste Limelight (a lime version of their Upper Hand Light beer), Pete’s Garden (homebrew winner that is a juicy wheat ale w/fruit), Rescue Annie (a pale ale where Simcoe hops deliver notes of pine and specialty malts hint at spice and smoke), and Two on 2 (German style lager turned into a radler).

Vierling Restaurant and Marquette Harbor Brewery (Marquette) – This longtime Marquette brewery will have some great options for hop lovers, including the Where’s My Bike (10.2 % ABV Double IPA) and the Comfortably Numb (Session IPA). Located just a block away from the festival, The Vierling will likely be a very popular place for out-of-town visitors before and after the event.