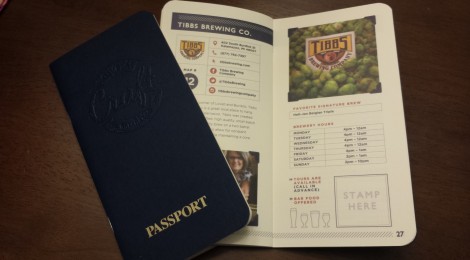 July is Michigan Craft Beer Month: Head to Kalamazoo for Your Beer Passport 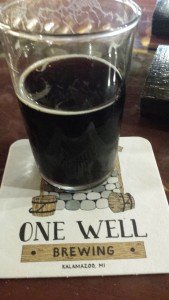 On a recent trip to Kalamazoo for a concert at District Square, we stopped in at One Well Brewing. Not only did we find great tasting beers and satisfying food there, we also learned that Discover Kalamazoo has put together one of the coolest local beer programs in the entire state. You can pick up a “Give a Craft” passport at participating breweries, the Discover Kalamazoo office or the Kalamazoo/Battle Creek International Airport. There is a two-page color feature on each brewery inside, as well as a spot for a stamp in the bottom right corner – each brewery has a unique stamp available when you visit their establishment. After completing the tour, prizes are awarded (and there is an additional prize for visiting Bell’s Production facility in Comstock). 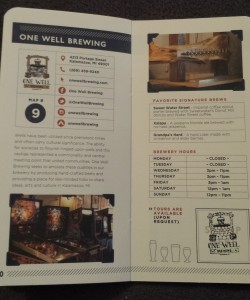 There are 11 breweries featured in the passport, and 12 stops total counting the Bell’s production facility. Helpful information about each brewery includes address and hours of operation, signature brews and tour availability. The Kalamazoo beer scene has really exploded over the past few years, and this program is a great reflection of that trend and a fun way to add adventure to your craft beer exploits. The participating breweries are:

Arcadia Ales – a recent addition to Kalamazoo after years of success in Battle Creek, Arcadia is known for favorites like Whitsun, Anglers Ale and Loch Down Scotch Ale. Right now you can stop in and try Cheap Date, their new session ale. 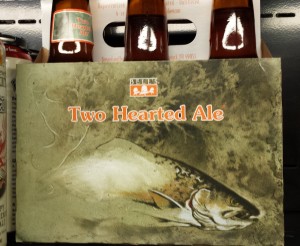 Bell’s Brewery – a giant among Michigan craft brewers, Bell’s is known across the country and beyond for Oberon, Expedition Stout, Two Hearted Ale and Hopslam. They recently remodeled their Eccentric Cafe in downtown Kalamazoo, and their production facility in Comstock is state-of-the-art and open for tours.

Boatyard Brewing Co. – Now open for its fourth summer, Boatyard continues to grow and you can even find some of their beers in bottles at retail locations in Kalamazoo and beyond.

Bravo! Restaurant and Cafe – A focus on small batches has helped keep the quality brews coming at Bravo!, where you’ll also find a full food menu. 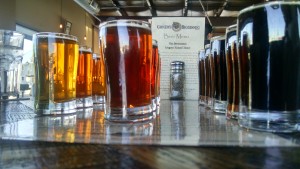 Gonzo’s BiggDogg Brewing – Another fairly new addition in Kalamazoo, Gonzo’s has already impressed with great beer and food at their downtown taproom. We enjoyed the Academy Slim IPA and the Razzamazoo Raspberry Wheat when we visited for Kalamazoo Beer Week.

Latitude 42 – This brewery already has an impressive list of awards for its beers over the last two years and continues to increase its distribution footprint for retail six-pack cans. A restaurant and patio make it easy to stay for a while and enjoy an I.P.Eh! or Powerline Porter.

Olde Peninsula – This brewpub and restaurant has been a Kalamazoo favorite for years, with a relaxing atmosphere, full menu of great food and five mainstay beers. Stop in for a meal and see what specialty brews are on tap while you’re there. 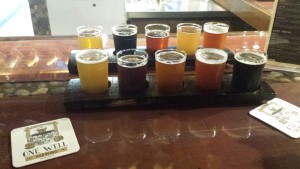 Texas Corners Brewing Company – A cider operation that has recently added craft beer and a farm-to-table restaurant, Texas Corners is easy to visit with a location near to the I-94/US-131 interchange. 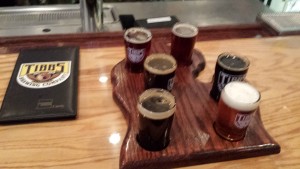 Tibbs Brewing Company – This was one of our favorite stops during Kalamazoo Beer Week, as this fairly new brewery has already shown an ability to turn out top-quality brews.

For more information on this awesome passport program, head over to: