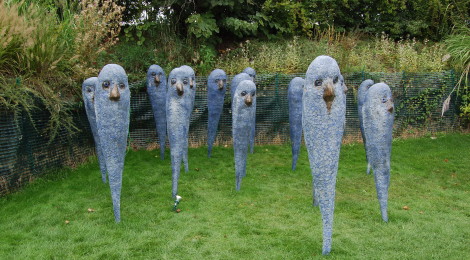 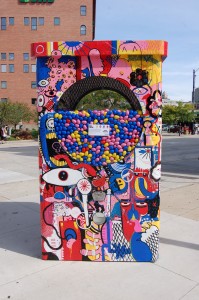 The eighth edition of ArtPrize has come and gone, as the “radically open” international art competition once again drew hundreds of thousands of visitors to downtown Grand Rapids, Michigan. Rain was an issue for a good portion of the competition, but that did little to keep away visitors who came to see more than 1,400 pieces of art. The grand prize winners for ArtPrize 2016 were Stacey Kirby for The Bureau of Personal Belonging (Juried Vote) and James Mellick for Wounded Warrior Dogs (Public Vote), taking home $200,000 each. In addition, winners were chosen by both the public and a jury of art experts in four different categories, for a total of eight more prizes awarded. 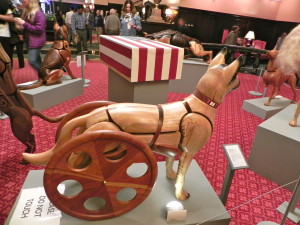 In the Two-Dimensional category the winners were Portraits of Light and Shadow by Joao Paulo Goncalves (Public Vote) and les betes by Isaac Aoki of Grand Rapids (Juried Vote). In the Three-Dimensional category the winners were Wounded Warrior Dogs by James Mellick (Public) and Excavations by William Lamson (Juried). Taking home top honors in the Time-Based Category were Sweeper’s Clock by Marten Baas (Public) and Search Engine Vision: ISIS by Eric Souther (Juried). In the Installation category, top honors went to The Butterfly Effect by Pettit Smith (Public) and This Space is Not Abandoned by 912 CollABORATIVE (Juried). The Outstanding Venue Award was split between EVERYTHING IS TRANSFORMED at Site:Lab/Rumsey Street Project and This Space is Not Abandoned at 912 Grandville. 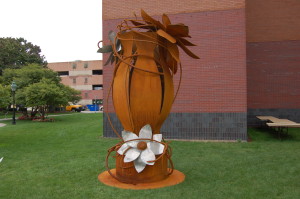 We made several trips to ArtPrize 2016 over the event’s 19-day run, and were fortunate enough to see many of the pieces that finished in the Top 20 of the public vote. Today we share some of our favorite pictures with you, and we wish to thank Jeff and Pam Hesterly for additional photos.