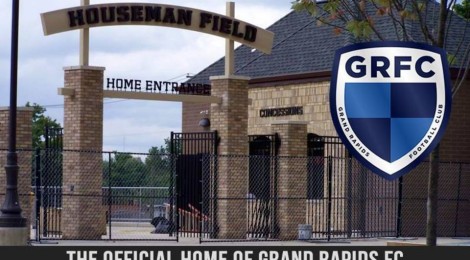 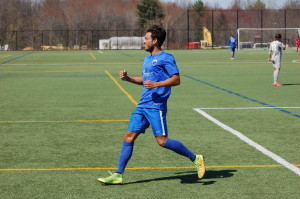 Michigan is home to professional sports teams for the four major sports. One thing the state lacks is a Major League Soccer (MLS) team. Despite not having a MLS team, the state boasts numerous minor league soccer teams that continue to grow in popularity. As summer approaches, many of these teams have started their seasons, some playing as their new teams for the first time. Here’s a look at minor league soccer in the state of Michigan.

Three Michigan teams play in the National Premier Soccer League. Lansing United, Michigan Stars and Detroit City FC make up the Midwest conference, which was created in 2005. The NPSL is the largest national soccer league with more than 80 teams across the country competing. 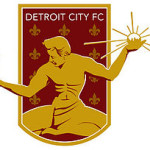 Detroit City FC is perhaps the most recognizable name in Michigan soccer. The team has a loyal following and has had success in the NPSL since joining. The team began in 2012 and plays its home games at Cass Tech High School Stadium, which holds around 3000 fans. In 2014, the team saw record attendance with 3398 fans for one game. The average attendance figures have increased each season. In 2012, the team had average attendance of 1295 fans. That figure rose to 1715 in 2013 and hit 2857 last season. This past weekend, a home game at Cass Tech High School saw Detroit City FC play in front of 3561 fans, its biggest attendance figure so far in 2015.

Lansing United was founded in 2014 and quickly became a force to be reckoned with. The team won the conference and playoff championship in 2014 under the Midwest region of the NPSL. The team had an 8-2-4 record on the season. A recent home match saw attendance of 675 fans. The team is currently riding an impressive unbeaten home streak with 7 wins and 5 draws over 12 contests. 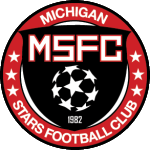 The Michigan Stars began playing in 2012 and have played at several sites. The team currently plays at Wisner Stadium in Pontiac. The team has posted disappointing seasons the last two years with 2-8-2 and 4-9-1 records for 2013 and 2014 respectively.

There is a built in rivalry between Detroit City FC and Lansing United. When the teams met last year at DeMartin Stadium (Michigan State University), 2014 fans showed up to watch the game. This marked the highest figure for Lansing’s 2014 debut season. 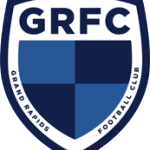 When Grand Rapids FC was rejected as a NPSL team, the team brainstormed creating their own league of local teams. The result was the Great Lakes Premier League. One of the driving forces behind getting a soccer team in Grand Rapids was Matt Roberts, who shared his five favorite places in Michigan with us recently. The team also operates a little different, with membership made up of fans that pay annual dues. 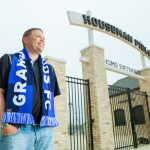 Grand Rapids won their home debut vs. AFC Ann Arbor in front of an impressive 2409 fans. The team plays their home games at Houseman Field, a local football and track and field stadium that was recently renovated. The team’s most recent home game against the Croatian Eagles saw attendance of 3843, a huge number for soccer in the state.

AFC Ann Arbor was one of the founding teams in the GLPL. The team has seen strong attendance figures this season. In the Memorial Day Classic vs. Michigan Sporting FC, the team had 1417 fans at the home game.

Current standings for the Great Lakes Premier League are:

Another Michigan team can be found in Muskegon. The Muskegon Risers are currently an independent team, meaning they don’t play in a league. The team will be playing many of the GLPL and NPSL teams from the state throughout the summer of 2015. The Risers play at Reeths-Puffer High School. In their home debut, the team attracted an estimated 1000 to 2000 fans. A recent contest saw attendance in the 300 fan range. The team is hoping to have a stadium of its own in the future, after initial plans fell through for this season. 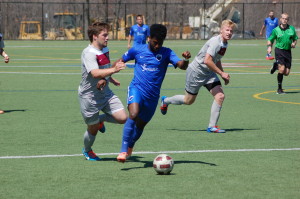 Fans of soccer in West Michigan had the opportunity to buy an ownership stake in the Grand Rapids FC team for $100 a season. This cost included a scarf and season tickets to home games. While ownership is no longer offered, fans of the sport should not wait to check out the great league that the team is a part of. Other parts of the state have the chance to see one of three NPSL teams, the highest level of soccer in the state. Lansing and Detroit have had two of the best teams in the conference since the creation of the Midwest. If you’re looking for something fun to do on the weekends this summer, don’t forget to check out some great soccer being played right here in the Mitten State.