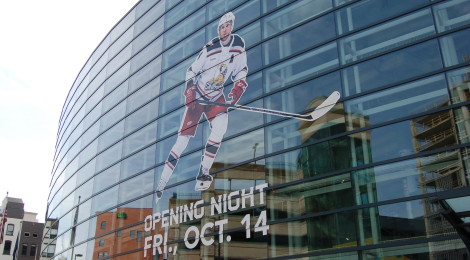 The 2016-17 AHL season is fast approaching, and the Grand Rapids Griffins will soon take the ice for their 21st season at Van Andel Arena. The Griffins have been the primary affiliate of the Detroit Red Wings since 2002, and many of their players including Tomas Tatar, Niklas Kronwall and Petr Mrazek have gone on to find success in the NHL. This season will see a new group of players trying to find success at the AHL level and move up to the NHL. Top Red Wings prospects Evgeny Svechnikov, Jared Coreau, Tyler Bertuzzi, Dominic Turgeon, Joe Hicketts and Nick Jensen are expected to do big things with the Griffins, and they will be joined by veterans like Nathan Paetsch and Daniel Cleary. Dan Renouf and Kyle Criscuolo join the Griffins after solid NCAA careers, and with a roster logjam in Detroit, fans might also be treated to another season of Anthony Mantha and Andreas Athanasiou in Grand Rapids. 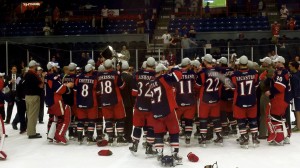 The Griffins have won at least 42 games and collected at least 90 points in each of the last four seasons, and they won the Calder Cup championship in 2013. In addition to putting a competitive team on the ice every game night, the Griffins are also well-known for their promotions and fan interactions. This season will feature many fan-favorite giveaways as well as a few new ones, as well as the continuation of popular promotions like Winning Wednesdays, $2 Beer and $2 Hot Dog Fridays, and Huntington Bank player autograph sessions on select nights. We’ve picked out 15 games that stand out as “can’t-miss” for the upcoming season. Check out the list below, and head over to http://griffinshockey.com/ to purchase tickets. 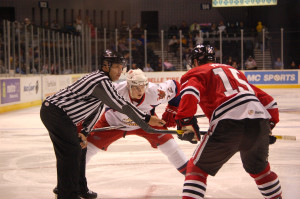 Opening Night (October 14th) – The Griffins kick off the season with a home tilt against the rival Chicago Wolves. Fans will receive a magnet schedule and can enjoy $2 beer and $2 hot dogs during the first two periods as well as a post-game open skate.

Cleveland Monsters Visit (October 22) – The team that knocked the Griffins out of the playoffs in the second round last season makes their first visit to Van Andel Arena on October 22nd, with a new name and a new look. The former Lake Erie Monsters are now the Cleveland Monsters, and their new head coach John Madden is a three-time Stanley Cup champion and a former Michigan Wolverine. 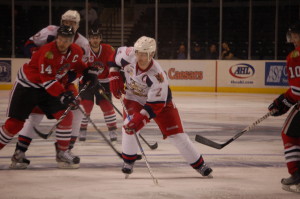 Teddy Bear Toss (November 25) – The Monsters will be back in town on November 25th, and Griffins fans will be waiting for the home team’s first goal to throw hundreds of teddy bears and stuffed animals onto the ice. This is also another $2 beer and $2 hot dogs night and there will be a post-game open skate as well.

80s Fauxback Night (December 9) – The Milwaukee Admirals, primary affiliate of the Nashville Predators, will be in town on December 9th as the Griffins celebrate the 1980s with special jerseys, $2 beers and $2 hot dogs, and a post-game autograph session. 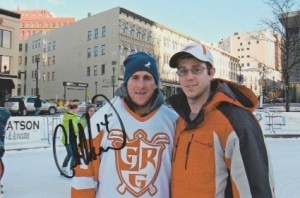 Great Skate Winterfest (January 21 and 22) – This annual fan-favorite event is one of the biggest fundraisers for the Griffins Youth Foundation and features Griffins players and coaches skating with fans at Rosa Parks Circle in downtown Grand Rapids. The Griffins host the Cleveland Monsters for a Saturday night game, with an Alpine Hat giveaway and special fan-designed jerseys. After the game the fun begins, as different players take the ice at Rosa Parks Circle’s ice rink from 10 p.m. until 10 p.m. Sunday. Many interactive activities are available for fans, including ice carving, sled dogs and more. 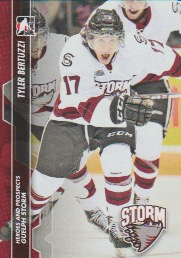 Tyler Bertuzzi Bobblehead Night (February 4) – One of the Griffins’ best giveaways has been the bobbleheads of current and former players, and the first of two featured this season is 2013 Detroit Red Winds second-round draft pick Tyler Bertuzzi. In his first taste of AHL action Bertuzzi had seven goals and 12 points in 14 playoff games with the Griffins during the 2014-15 season. As a first-year pro last season he scored 12 goals and had 30 points in 71 games. There is also a post-game skate after this game against the Milwaukee Admirals.

Matinee Game (February 15) – The ever-popular 11 a.m. game will be a loud one, with thousands of local students in attendance. The Griffins host the Manitoba Moose (Winnipeg Jets) for this game, and this is also one of the Winning Wednesday games – if the Griffins win all fans in attendance can turn their tickets in for free tickets for the next Wednesday home game. 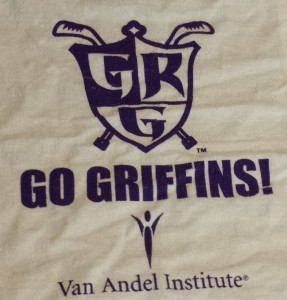 Purple Community Game (February 17) – The Griffins host the San Antonio Rampage (Colorado Avalanche) for the sixth annual Van Andel Institute Purple Community Game. The team will wear special purple jerseys for the game, which also features tributes to those who have passed from cancer as well as those who continue to fight. The purple jerseys will be auctioned off to raise funds for VAI after the game. 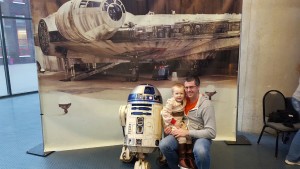 Star Wars Night (February 25) – Our favorite game each season is Star Wars Night, when the Van Andel Arena concourse is filled with sci-fi fans and costumed characters from the 501st Legion’s Great Lakes Garrison. This is a great family-friendly night that is great for photo opportunities, and the Griffins host the Milwaukee Admirals. There is a post-game open skate on this date as well. 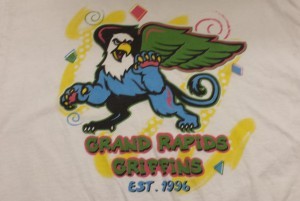 90s Night (March 24) – Celebrate the music, fashion and trends of the 1990s as the Griffins wear fan-designed jerseys for a second time this season. The Rockford Ice Hogs are in town for this game, which will feature $2 beer and $2 hot dogs.

Nathan Paetsch Bobblehead Night (April 8) – The second bobblehead giveaway of the season honors defenseman Nathan Paetsch, who will be playing in his fifth season with the Griffins. Paetsch was part of the 2013 Calder Cup champion team and appeared in more than 160 NHL games for the Buffalo Sabres and Columbus Blue Jackets. The Griffins host the Cleveland Monsters for this game, which is also Mascot Mania night and there will be a post-game open skate.

Bring Your Dog Game (April 12) – The Griffins invite you to bring a canine companion along for the April 12th game against the Charlotte Checkers. Nestle Purina sponsors this game, which is also part of the Winning Wednesday games (and the last regular season game to redeem free tickets).