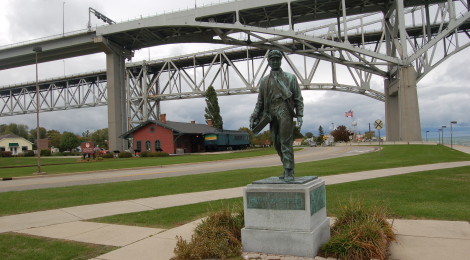 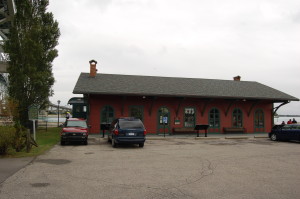 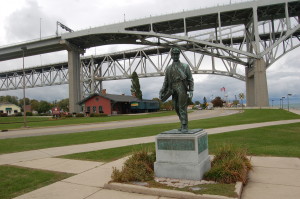 In the shadows of the Blue Water Bridge in Port Huron sits the Grand Trunk Depot, which was an important stop on a popular railroad service that connected Port Huron with the rest of the world. This specific station has a great deal more history and importance than others, as it is the place where a young Thomas Edison earned the money that financed his inventions. As a 12 year old boy, Edison sold candy and newspapers on trains headed to Detroit, and was quite successful at it. The Michigan historical marker here adds more detail: “In 1859, the railroad’s first year of operation, Tom persuaded the company to let him sell newspapers and confections on the daily trips. He became so successful the he soon placed two newsboys on other Grand Trunk runs to Detroit. He made enough money to support himself and to buy chemicals and other experimental materials.”

In 2001, the depot was renamed the Thomas Edison Depot Museum and opened as a satellite facility of the Port Huron museum. Exhibits are mostly focused on Edison’s early life and there are also some historic railroad items. The statue of Edison is located across the street in a parking lot with a great view of the St. Clair River. This is a popular place for watching Great Lakes freighters as they begin their journey north to the upper Great Lakes or downbound through Lake St. Clair towards the St. Lawrence Seaway. From I-69 BR, take a right on Prospect Pl., which will turn and become Edison Parkway and lead to both sites.