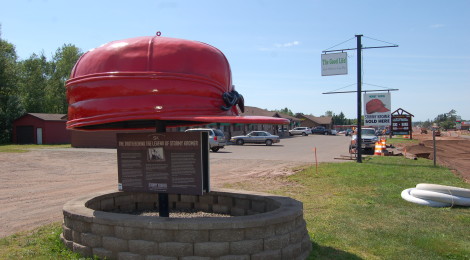 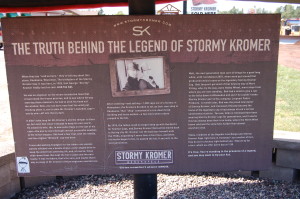 The Stormy Kromer hat is an easily recognizable piece of Midwest fashion, and a roadside monument and plaque in Ironwood tells the history of the cap and its legacy. In the early 1900s a railroad worker named George Kromer was sick of losing his hat and he asked his wife to make him a new one with some improvements. The result was the Stormy Kromer cap, a snug, six-panel hat with an earband that pulls down. The hats were made by hand and became so popular amongst railroad workers that a factory was started is Wisconsin. 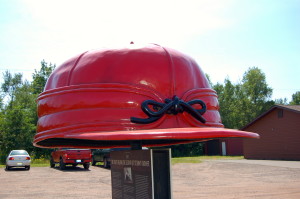 Many years later, word got out that the company was in decline and facing closure. Jacquart Fabric Products of Ironwood was able to make a deal and move the Stormy Kromer Mercantile to Ironwood, MI. Since then, they have expanded the line with new colors and designs, shirts, bags and a line of hats for women. The large cap is located on the south side of US-2 just east of Luxmore St. The factory, which is open for tours, can be found a few blocks south at 1238 Wall St. Click here for more information. 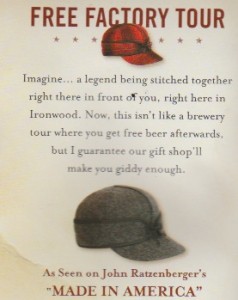 This homage to a piece of Michigan’s history and the chance to see caps being made at the factory are just a few blocks from another of our favorite Michigan roadside attractions – Hiawatha, the World’s Tallest Indian.