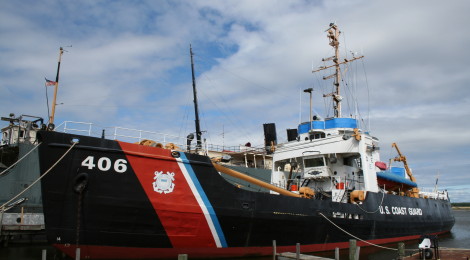 Floating Museums of Michigan: Where To Find Historic Ships 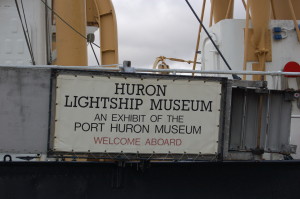 With four of the five Great Lakes bordering Michigan, shipping has always been a major industry here. In addition to large freighters, the waters surrounding Michigan have seen many Coast Guard ships, passenger and vehicle transport vessels, and military vessels. A handful of ships have found permanent homes in port cities like Muskegon, Manistee, and Port Huron and are open today as museums. We’ve put together a list of nine floating museums of Michigan that are open for tours, and included links to their hours, admission rates, and other information. You’ll also find an address for each ship. With warmer weather around the corner many of these museums will soon be open again, so make plans to visit and learn about the maritime history of some of Michigan’s most famous ships. 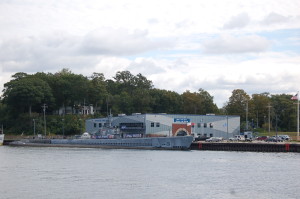 USS Silversides, Muskegon – This submarine entered service in 1941, and saw action in the Pacific during World War II. During 14 war-time patrols, she sank 23 enemy ships. After the war she spent time in Chicago before finding a home in Muskegon in 1987. It is now open as a museum and offers opportunities for overnight stays as well. Find more at: http://silversidesmuseum.org/. Check out our Photo Gallery: USS Silversides Museum for more. 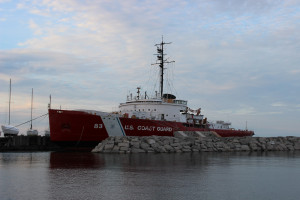 USCGC Mackinaw, Mackinaw City – This 290-foot United States Coast Guard cutter served from 1944 to 2006 before being decommissioned and docked in Mackinaw City as a museum ship. The Michigan historical marker on site adds more details: “Built in 1944 at a cost of $10 million, U.S. Coast Guard cutter MACKINAW had six ten-cylinder engines that enabled it to cut through several feet of lake ice. The powerful steel icebreaker was commissioned during World War II to aid year-round navigation so freighters could carry raw materials for war production. For sixty-two years MACKINAW left its home port of Cheboygan to open or extend the navigation season, clear the shipping lanes, or free vessels that were stuck in the ice. MACKINAW was unsurpassed in size and capability among icebreakers.” Find out details about tour dates, hours, and rates at: http://www.themackinaw.org/. Check out our Photo Gallery: Icebreaker Mackinaw Maritime Museum for more. 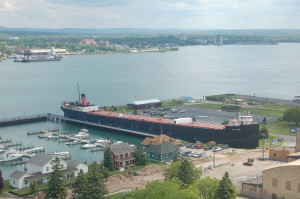 SS Valley Camp, Sault Ste. Marie – The SS Valley Camp served for more than 50 years as a Great Lakes freighter, carrying everything from iron ore and coal to grains and stone. The Valley Camp is 550 feet long and was able to carry a load of 12,000 tons. Visitors can now tour the ship, which features two of the lifeboats from the SS Edmund Fitzgerald and most of the original fixtures and furnishings from when this vessel was in use. Find out more about this historic vessel at: http://www.saulthistoricsites.com/museum-ship-valley-camp/.

SS City of Milwaukee, Manistee – This railroad car ferry used to travel between Muskegon, Michigan and Milwaukee, Wisconsin. She sailed until 1982, and is open now not only as a well-restored museum but as a bed and breakfast as well. Find out more about hours, rates, and how to spend the night at: http://www.carferry.com/. A Michigan historical marker in Elberta tells more about the history of these types of ships: “Lake Michigan, over three hundred miles long and up to eighty miles wide, blocked rail traffic between lower Michigan and Wisconsin, posing a serious problem to several Michigan lines in the late 1800s as logging revenues declined. In 1892 car-ferry operations from Lake Betsie to Kewaunee, Wisconsin, were begun by the Ann Arbor Railroad. This was the world’s first use of car-ferries across such an expanse of open water. Other ferries were soon operating from Ludington, Grand Haven and Muskegon to terminals across the lake, thus forging a vital link in America’s railroad network.” 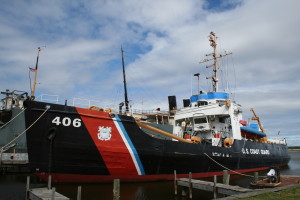 USCG Acacia, Manistee – This former Coast Guard buoy tender is docked next to the SS City of Milwaukee, and combo rates gives visitors admission to both vessels. She served from 1944 to 2006, tending to 250 buoys and other aids to navigation on Lake Michigan and Lake Huron. Find out more at: http://www.carferry.com/. 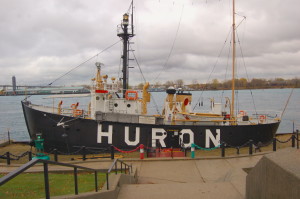 Lightship Huron, Port Huron – There were once 10 lightships on the Great Lakes and today only the Huron survives. Lightships were placed at reefs where it was too expensive to build a lighthouse, or where lighthouses were to be constructed at a later date. This is now a national and state historic site, and the Michigan historical marker on site reads: “Commissioned in 1921, the Huron began service as a relief vessel for other Great Lakes lightships. She is ninety-seven feet long, twenty-four feet in beam, and carried a crew of eleven. On clear nights her beacon could be seen for fourteen miles. After serving in northern Lake Michigan, the Huron was assigned to the Corsica Shoals in 1935. These shallow waters, six miles north of Port Huron, were the scene of frequent groundings by lake freighters in the late nineteenth century. A lightship station had been established there in 1893, since the manned ships were more reliable than lighted buoys. After 1940 the Huron was the only lightship on the Great Lakes. Retired from Coast Guard Service in 1970, she was presented to the City of Port Huron in 1971.” Part of the draw of this museum is that the lightship is still functional and filled with maritime artifacts. More info: http://www.phmuseum.org/huron-lightship/. Check out our Photo Gallery: Lightship HURON museum for more. 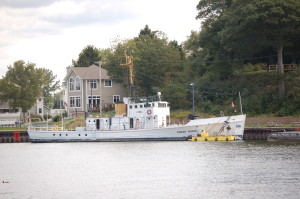 USCGC McLane, Muskegon – This Coast Guard cutter is 125 feet long and was active from 1927 to 1968. She received several medals for her service in World War II, and she now sits next to the Silversides in the channel between Muskegon Lake and Lake Michigan. For hours of operation and cost, visit http://silversidesmuseum.org/.

LST-393, Muskegon – This World War II tank landing ship can be seen in downtown Muskegon, where it has been restored and opened for tours at the Mart Dock. This is one of only two such ships around today (out of more than 1,000) and it has been turned into a veterans museum as well as a museum ship. Among the battles LST-393 was involved in were Sicily, Salerno, and Normandy. Find out more at http://www.lst393.org/. 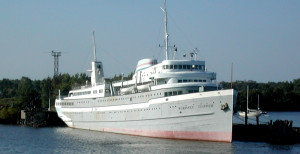 SS Milwaukee Clipper, Muskegon – One of three museum ships in Muskegon, the Milwaukee Clipper was a passenger and car ferry that operated on four of the five Great Lakes. Now that the SS Keewatin (formerly docked in Saugatuck) has been returned to Canada this is the only remaining passenger steamship left in Michigan. The ship is 361 feet long, and was launched in 1904 as the Juniata. It was rebuilt and renamed in 1941 and stopped operating after the 1970 season. Before ending up in Muskegon she was a museum ship in Chicago and Indiana. Restoration efforts are ongoing, to find out more about tours visit: http://www.milwaukeeclipper.com/. 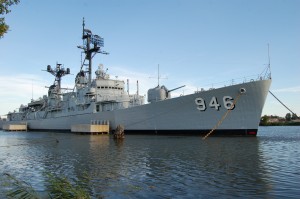 USS Edson, Bay City – A Forrest-Sherman class destroyer, the Edson saw action in the Pacific during the Vietnam era. She was recognized her its service in the Gulf of Tonkin, and later helped with the evacuations of Phnom Penh and Saigon. Since 2012, she has been a museum ship in Bay City. Find out more about visiting this historic Navy vessel on the Saginaw Valley Naval Ship Association Facebook page.