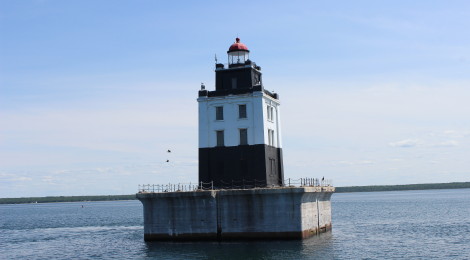 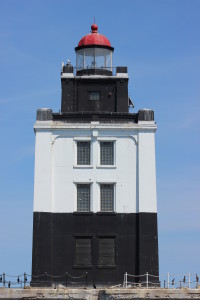 The Poe Reef Light in Lake Huron is a Michigan lighthouse that is best seen from a private boat or on a lighthouse cruise. It marks a dangerous reef in the channel between Bois Blanc Island and Cheboygan. This lighthouse can also be viewed from land, either at the park near the Cheboygan Crib Light or near the old lighthouse ruins at Cheboygan State Park. Our dad was able to visit this light up close on a Shepler’s Lighthouse Cruise in 2015 and today we share his photos as well as some of the background information he learned about the Poe Reef Light. 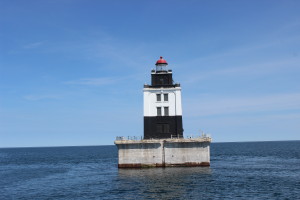 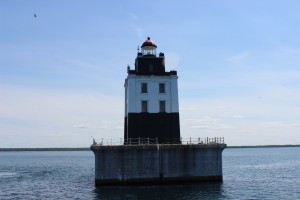 The Poe Reef Light stands 56 feet tall, with a focal height of 71 feet thanks to its large base. It is painted black and white with a red-capped lantern room and it is a square tower. The light was automated in the 1970s. Fourteen Foot Shoal Light (pictured below) marks the south end of the channel near here while the Poe Reef Light marks the north end (both lights can be seen from shore in Cheboygan). 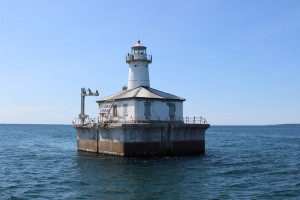