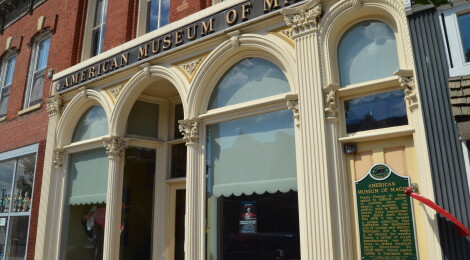 Marshall is one of Michigan’s most historic small cities. Its downtown is home to many Michigan historic markers that highlight some of the state’s oldest buildings, the area’s early settlers, and the businesses and industries that helped the city make a name for itself. Marshall is also home to eight museums, all located within a mile of downtown and each full of its own unique history. Below is our map and guide to help you navigate your way to these great historical sites. If you’ve never been to Marshall, it is a perfect year-round destination for Michigan history and family fun! 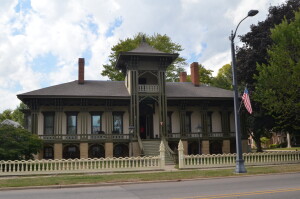 Honolulu House Museum (107 N. Kalamazoo Ave.) – One of the most unique homes in Marshall is the Honolulu House, located right near the traffic circle. It was built for former U.S. Supreme Court Justice and U.S. Consul to the Sandwich Islands Abner Pratt, who wanted to re-create Pacific island living when he returned to Marshall. From the Marshall Historical Society: “The building is a wonderful blend of Italianate, Gothic Revival, and Polynesian architecture.  An elaborate nine-bay porch spans the front, with its wide center bay serving as the base of its pagoda-topped tower.  Its tropical features include a raised veranda and the observation platform.  The Gothic Revival influences are evidenced in the pointed (four-centered) arch of the door, the veranda trim, and the vertical board-and-batten wood siding.  The main floor has two sides.  The north, and more formal, side contains the formal parlor, dining room and the former butler’s pantry that is now an office.  The south side contains the family parlor and two smaller rooms.  A key feature is the curved hallway staircase that leads to the observation deck. The downstairs houses the family dining room and kitchen.” Find an up to date schedule and more information at http://www.marshallhistoricalsociety.org/attractions/1. 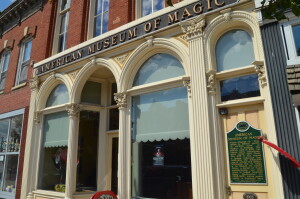 American Museum of Magic (107 E. Michigan Ave.) – Michigan is well connected with magic, with Colon (30 minutes southwest of Marshall) being known as the “Magic Capital of the World” thanks to its magic manufacturing industry and for being the home of Harry Blackstone. From the museum’s website: “Experience the treasures of Houdini, Thurston, Kellar and Michigan’s own Blackstone, among hundreds of others. For more than 40 years the American Museum of Magic has delighted the public with all the wonders of magic, celebrating the contributions and life stories of magicians from around the globe. Immerse yourself in the largest collection of magic artifacts on display anywhere in the United States. Discover what has been described as the Smithsonian of American magic.” For dates and times of operations and more information, head to http://americanmuseumofmagic.com/. 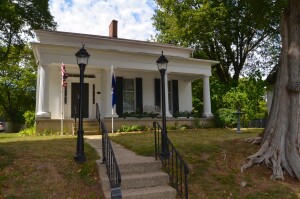 Governor’s Mansion Museum (621 S. Marshall Ave.) – The Michigan historic marker here lets visitors know that Marshall was at one point possibly destined for great importance: “State Senator James Wright Gordon built this Greek Revival house in 1839, the year he introduced a bill to make his town state capital. Land near his house had been selected for the capital grounds. Marshall’s hopes were not fulfilled but Gordon became lieutenant-governor in 1840 and acting governor in 1841 upon the resignation of William Woodbridge. In 1967 the property was deeded to the Mary Marshall Chapter of the Daughters of the American Revolution.” The house is now operated as a museum and rental facility, head over to https://www.facebook.com/MarshallsGovernorsMansion/ for more information. 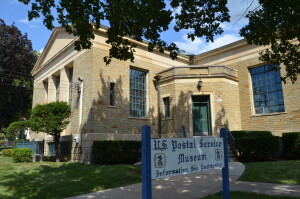 U.S. Post Office Museum (202 E. Michigan Ave.) – In the basement of Marshall’s current post office and a nearby annex building, you will find a collection of postal artifacts that is one of the largest in the country. Old mail buggies, early stamps, many historic photographs, World War II letters, and old post office boxes are some of the highlights of this museum that is open by appointment only (contact the post office for details).

Marshall Historic Museum/G.A.R. Hall (402 E. Michigan Ave.) – This 1902 building was constructed as a meeting place for the Grand Army of the Republic, which was made up of Union veterans from the Civil War. It now houses a fantastic museum; ” Focus areas are It Happened in Marshall, Things Made in Marshall, Community Life, and Marshall in the Civil War.” Currently closed as we deal with COVID-19, this museum is run by the Marshall Historical Society and their website will reflect hours and fees once it is able to re-open: http://www.marshallhistoricalsociety.org/attractions/2. 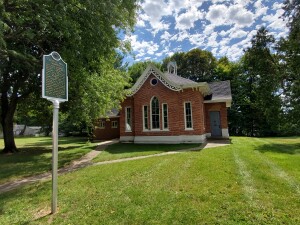 Capitol Hill School Museum (602 E. Washington St.) – From the Marshall Historical Society: “This two-room schoolhouse served the city for 101 years. Deactivated in 1961, it was sold to the Marshall Historical Society in 1968. Since that time much restoration has been done. Capitol Hill School has been re-roofed, the building tuck-pointed, its surface ground and seal coated, and the trim painted. The bell tower, inspired by a photo of the school before the turn of the century, was reproduced as closely to the original as possible.” This museum is open by appointment only, contact MHS for more details. 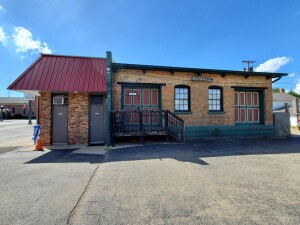 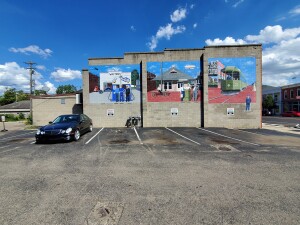 Walter’s Gasoline Museum (220 W. Michigan Ave.) – A private memorabilia collection that is occasionally open to the public, Walter’s Gasoline Museum is “a fascinating collection of memorabilia related to Midwestern cars, service stations, and the history of Marshall. The museum is housed at the old Marshall Interurban Railway Depot, which was built in 1903. Large exterior wall murals were added in 2010.”

Calhoun County Museums (at the Calhoun County Fairgrounds, 720 Fair St.) – This collection of museums and historic buildings is open during the fair each year and by appointment the rest of the year. “Michigan’s oldest fair, the Calhoun County Fair, began in 1839. The fair is located on the historic site that was expected to become the State Capitol complex. Lansing won the prize and Marshall retained its small town charm. Floral Hall, built in 1860, is the oldest fair building in the state and underwent extensive restoration in 2011. The Old Maple Grove Church was built south of Marshall on L Drive South in 1901 and moved to the fairgrounds in 2006. Houston School was built in 1836 as a rural school house and in the 1950s rebuilt on C Drive South in Fredonia Township. The school was in operation until 1967 and moved to the Calhoun County Fairgrounds in 2005.”