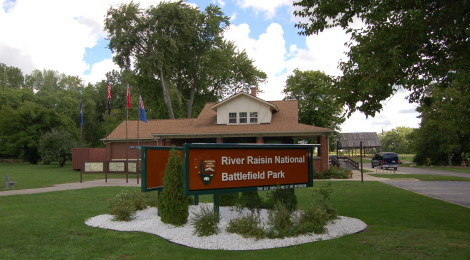 2020 was a record year for a handful of national parks across the country, and three of the parks that saw record crowds were here in Michigan. In earlier posts we highlighted the visitor numbers for Pictured Rocks National Lakeshore and Sleeping Bear Dunes National Lakeshore, and today we turn our attention to River Raisin National Battlefield Park in Monroe and Wayne Counties. This national park doesn’t get the same amount of attention that the two aforementioned parks do, but last year saw an incredible spike in visitor turnout so hopefully more people are spreading the word about this Southeast Michigan historical attraction. Located at the site of a famous battle in the War of 1812, River Raisin National Battlefield Park became Michigan’s fifth national park when it was added to the National Park System in 2010. Today we will show some photos from our visit to the park, briefly touch on the park’s history, and take a look at some record-shattering 2020 numbers. 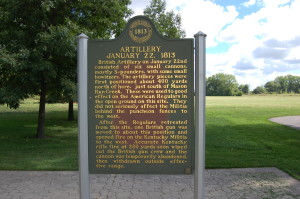 Overall visits to River Raisin NBP came in at just under 310,000 – an increase of 80,000 from the prior year and more than 60,000 visitors than in the park’s best year ever (2018). As we saw with the other national parks mentioned above, the need for social distancing and outdoor recreation opportunities likely drove the traffic spike at River Raisin. After starting the year off with the third-best January numbers ever and the second-best February numbers ever, visitor numbers quickly moved closed to record numbers before surpassing them. March visits were only 500 short of the best-ever mark, and in April the park saw an increase of nearly 7,000 visits vs. the prior year which set an all-time record. 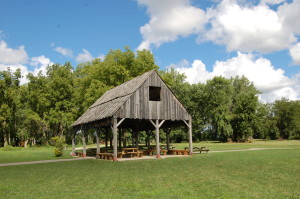 April was the first of five consecutive record months, and the beginning of a visitor surge like the park has never seen before! May saw an increase of almost 9,000 visits vs. prior year and 3,000 more than any prior May, and in June the park was just short of 35,000 visits – it’s best month ever! That record won’t stand for long, however, as July nearly doubled that mark with more than 70,000 visits. Things calmed down a bit in August (30,000+), November (16,775), and December (15,000+) were all still record months. Early reports for this year show the park had solid January and February numbers and had a record March with more than 21,000 visits. It seems the momentum for Michigan’s only National Battlefield Park will continue. 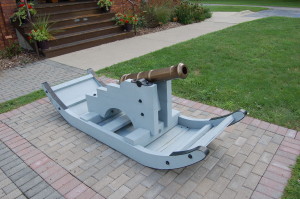 From the National Park Service website: “River Raisin National Battlefield Park preserves, commemorates, and interprets the January 1813 battles of the War of 1812 and their aftermath in Monroe and Wayne counties in SE Michigan. The Battle resulted in the greatest victory for Tecumseh’s American Indian confederation and the greatest defeat for the U.S. The resulting rally cry “Remember the Raisin” spurred support for the rest of the war.” There is much to be learned here, even with the visitor center currently closed due to COVID-19 protocols. Take a look at our Photo Gallery: River Raisin National Battlefield Park to get a little preview of what you can expect with the park’s trails, the battlefields, historical signs, and more! If you haven’t checked out this park yet, you can still be part of increasing numbers this year!