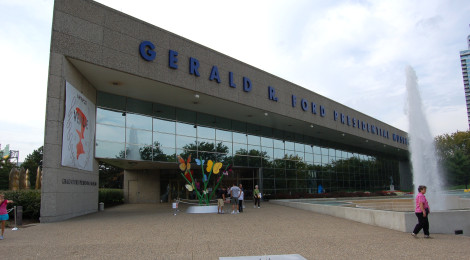 10 Easy to Visit Sites in Michigan With Presidential History 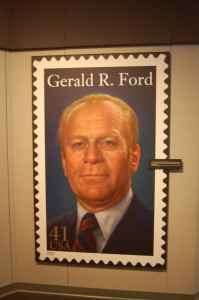 With today being President’s Day, we decided to take a look at sites in Michigan you can visit that have historical ties to United States Presidents. Gerald R. Ford is the only President to hail from Michigan, and historic sites honoring him are plentiful in the Grand Rapids areas. Other notable leaders with ties to the Mitten State include James Garfield, William H. Taft, George H.W. Bush, Theodore Roosevelt and Abraham Lincoln. 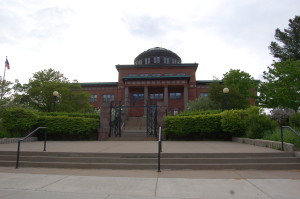 Marquette County Courthouse, Marquette – It was at this courthouse in 1913 that Theodore Roosevelt won a libel suit against Ishpeming newspaper publisher George Newett, who had accused him of lying, cursing and drunkenness in the Iron Age newspaper. Roosevelt was awarded damages, but waived them when Newett read an apology and retraction aloud in court. (400 S. Third) 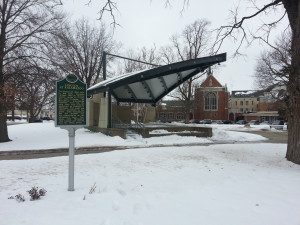 Bronson Park, Kalamazoo – This was the site of future President Abraham Lincoln’s only speech in Michigan. Lincoln was speaking on behalf of presidential candidate John Fremont, and is credited with coining the term “Michigander” – originally meant as an insult directed at governor Lewis Cass. (downtown Kalamazoo bordered by W. South St., S. Rose St., S. Park St. and Academy St.) 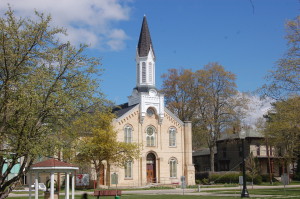 Ionia Church of Christ, Ionia – James A. Garfield was the guest speaker at a revival held by this church in 1861. He would later go on to become the 20th President of the United States. (130 E. Washington) 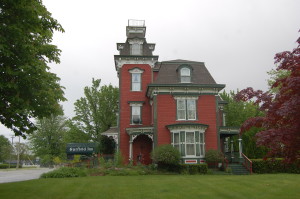 Charles G. Learned House/”Garfield Inn”, Port Austin – James A. Garfield was a frequent visitor here in the 1860s when he was still an Ohio congressman. He was a family friend of the Learned family who purchased a house here in 1839. (8544 Lake St.) 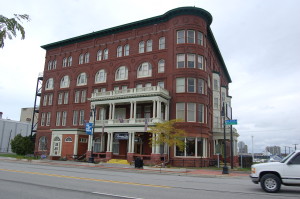 Harrington Hotel, Port Huron – Future President Harry S. Truman spent part of his honeymoon in Port Huron. According to his daughter’s biography of his wife Bess, “For the rest of his life, whenever Harry Truman wanted to regain the radiance of those first days with Bess, he simply wrote ‘Port Huron.’ For him it was a code word for happiness.” (1026 Military St.) 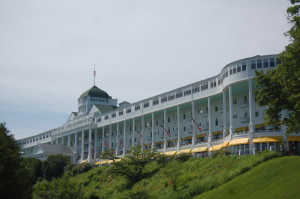 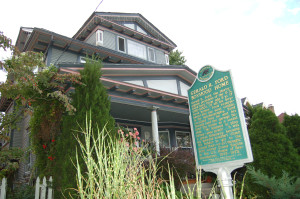 Gerald R. Ford Boyhood Home, Grand Rapids – This was President Ford’s home from the time he was 8 until he was 17, and according to the Michigan historical marker on site, “Of all his boyhood homes, Ford remembered this one most vividly in his autobiography. Ford recalled that he and his friends used the garage behind the house as a social club. ‘We learned to play penny-ante poker… it was a great hideaway because my parents wouldn’t climb the ladder to the second floor– or so I thought.'” (649 Union SE) 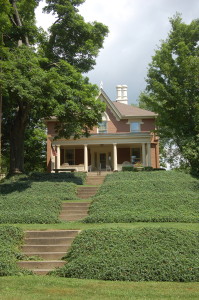 Hillside, Marshall – This historic house was home to Mary Miller, a suffragette and Republican activist who hosted many political guests. One of those guests was future President William Howard Taft. (224 W. Prospect)

Joe Louis Arena, Detroit – This was the site of the 1980 Republican National Convention, which remains the only major party national political convention held in Michigan. Ronald Reagan was selected as the nominee for President, with George H.W. Bush as his running mate. (19 Steve Yzerman Dr.) 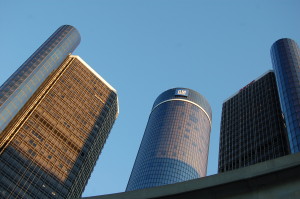 Reagan stayed at the nearby Renaissance Center, which at the time was the tallest hotel in the world. (400 Renaissance Dr.) 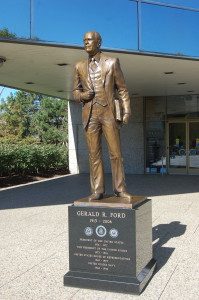 Gerald R. Ford Presidential Museum, Grand Rapids – Perhaps the most important presidential landmark in Michigan, this museum hosts memorabilia from Ford’s life and time as President, and is also the final resting place of the former commander-in-chief and his wife Betty. (202 Pearl St. NW)