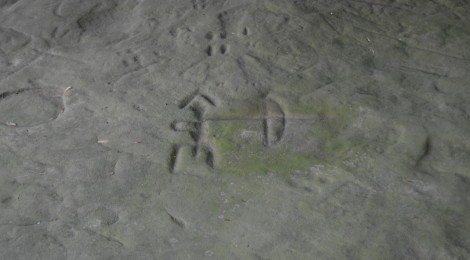 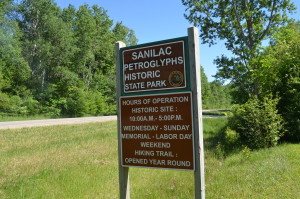 A somewhat remote location and a short season of being open keep Sanilac Petroglyphs Historic State Park from getting the attention it deserves. It may not be near any of our state’s major tourism areas, but as the only known location of rock carvings attributed to Native Americans in Michigan, it’s worth a special trip to visit this site. 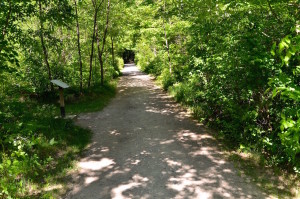 It is a short walk on a crushed limestone trail from the parking lot to the petroglyphs pavilion (roughly a quarter mile). As you get closer you will see a fence and start to wonder if you’re approaching something from a zoo or Jurassic Park – but this covered fencing is there for good reason. Not only does the covering help keep some of the rain and other elements out, the fence also deters vandalism outside of the park’s hours of operation. The Sanilac Petroglyphs have been vandalized several times over the years, most recently in 2017. 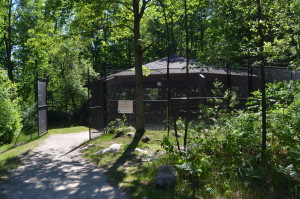 Inside the pavilion, you are able to walk around and get a closer view of all of the carvings. A DNR staffer is on hand to point out where certain figures are and to answer questions, and maps are provided. Below are pictures of a few of the more recognizable figures, “the bowman” being the most famous. Weather and vandalism have over the years made other carvings very difficult to see. 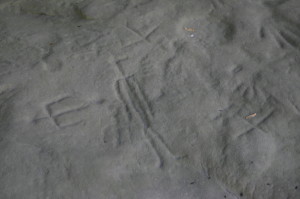 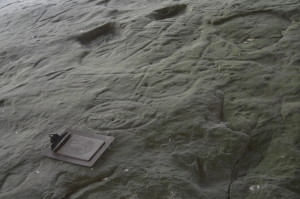 In addition to the petroglyphs the park also offers a mile-long nature trail, highlighted by a 110 year old white pine and remnants of an old logging camp. Informational signs scattered throughout the park provide details about how glaciers played a role in forming the area, the history of area Native Americans, plants and wildlife that can be found in the park, and archaeology. Park maps are also posted in several different places. 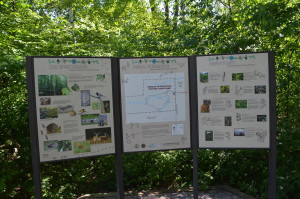 Sanilac Petroglyphs Historic State Park is open from 10 a.m. to 5 p.m., from Memorial Day to Labor Day. The trail is open year-round. A Michigan Recreation Passport (on vehicle) is required for entry.