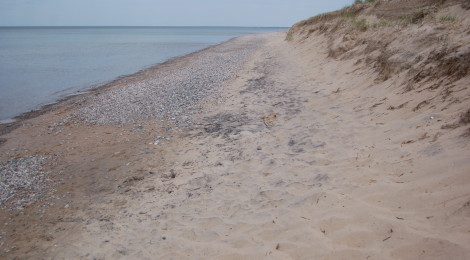 It takes a bit of work to get to Muskallonge State Park, a hidden gem in the Upper Peninsula of Michigan that is 28 miles from Newberry and 18 miles (paved for only part of that trip) from Grand Marais. Visitors will find solitude here if that’s what they seek, as this park sits on the site of a former lumber town and Coast Guard life saving station, with land on both Lake Superior and the inland Muskallonge Lake. 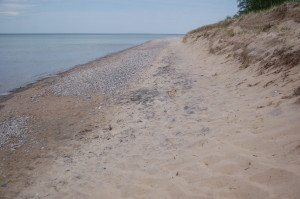 We stopped here for the first time in June of 2015 while following the Lake Superior shoreline on our way to Pictured Rocks National Lakeshore. It may take a little while to get back here but the drive was well worth it – this was the last Upper Peninsula state park we had left to visit, and we definitely saved one of the best for last. 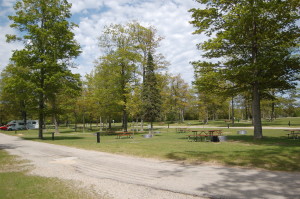 A modern campground features more than 150 sites, with clean and updated restrooms, wifi and more available. Most of these campsites are within a short walk from the beach area on Muskallonge Lake. There is a small playground by the beach, and boating and fishing on the lake are other popular activites. 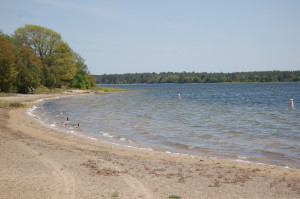 A 1.5 mile hiking trail leads from the campground across the road to Lake Superior. The beach here is a bit on the rocky side and the water almost always remains chilly, but there should be little worry of finding a spot away from other visitors. This was a very popular spot for rock picking when we visited for a second time in August of 2015. 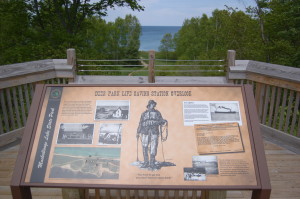 A parking lot on the opposite side of the road from the ranger station features a plaque detailing the history of Deer Park and pointing out where things used to be, and a sandy path leads down to Lake Superior and the beach. 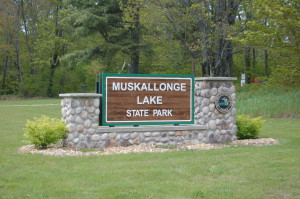 If you plan on visiting Grand Marais, Tahquamenon Falls, Whitefish Point or Oswald’s Bear Ranch, this fantastic park is less than an hour away. From Newberry, head north on M-123 and turn west on CR-407 (signs for Oswald’s) and follow it to the park. From Grand Marais, head east on H-58 and follow it as it winds while following the lakeshore (as CR-416, CR-410) until it becomes CR-407 near the park – most of this is unpaved, but wide enough for two cars.