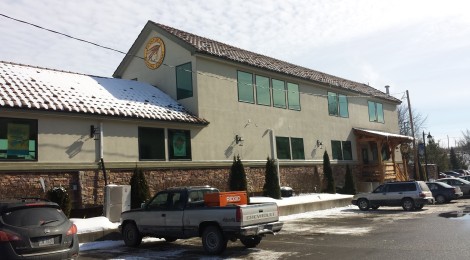 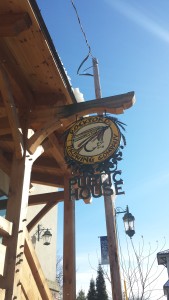 An Amazon Local coupon was our reason for stopping in at Rockford Brewing Company last week, but it was an incredible selection of beers that kept us there for a little while. Located in the heart of downtown Rockford, RBC is just a short walk from the Rogue River and Rockford Dam, as well as the White Pine Trail (a favorite for hiking, biking, running). 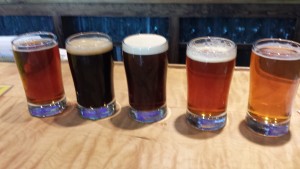 Our first set of samples brought us five beers, including a recent release that sounded pretty intriguing. Grandma’s Cookies is an Oatmeal Raisin Amber that is meant to taste like cookies, and it came across smooth with hints of cinnamon, raisin and oat – definitely an interesting brew to try! We also tried out the Blue Collar Porter, Paradigm MPA, Hoplust IPA and Rogue River Brown (on nitro). The porter was solid and the brown was pretty good, while the Hoplust ended up being my favorite thanks to a strong hop punch thanks to the six varieties of hops it contains. The Paradigm is noteworthy because it uses 100% Michigan ingredients – the hops and grains were all sourced from nearby farms. 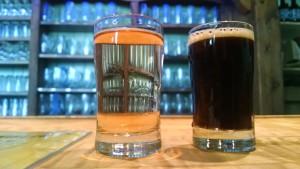 Finally, we added on two more samplers: the Cherry Cyser and the Belgian Multigrain Anniversary Ale. The cyser showed that Rockford not only knows beer, but can make a great cider as well. The anniversary ale was yet another brew to prominently feature Michigan ingredients, and was very tasty. We’ll be back here soon and often to try more beers or stock back up on old favorites – growler fills are 1/2 off on Wednesdays (which was a pleasant surprise!) and I’m currently enjoying the Hoplust that we brought home. 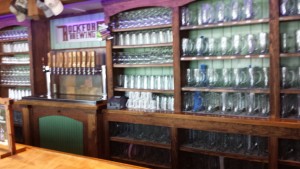