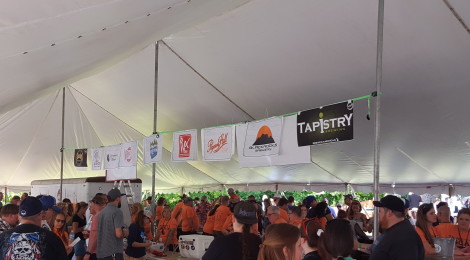 The Barry County Brewfest continues to grow and highlight the varying small towns of the West Michigan county. This year’s Brewfest took place in Nashville, as part of their Sesquicentennial Celebration. 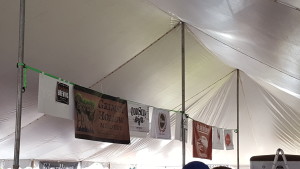 Attendees of the 2019 Barry County Brewfest could sample beer, cider, wine, mead, and craft cocktails from 22 different Michigan companies. Several new companies were at the event, as were returning favorites. Barry County was also highlighted with the inclusion of Walldorff Brewpub, Glass Creek Winery, and the newly opened Grimsby Hollow Meadery. 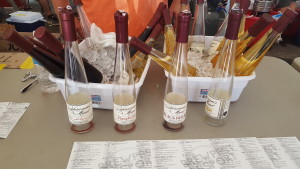 We managed to try many of the drinks that we highlighted in our preview article, including many new to me breweries. We of course headed straight to the Schramm’s Mead booth, as this is one of the few places you can sample Schramm’s award winning mead. The two ticket price for each sample was well worth it. We tried the Nutmeg and also got The Statement, one of our top picks from last year. We did not make it to the Grimsby Hollow Mead booth, as Jon had just visited the new location in Middleville. We did hear good things from people who tried their Midsummer Night Strawberry Lemonade Mead. Travis Alden, who leads the Barry County Brewfest, told us that Grimsby sold out of its products about an hour before the end of Brewfest.

I was happy to try beers from new places to me like North Channel Brewing and Three Blondes Brewing. It’s hard to narrow down a list of our favorites, but here are the drinks that stood out between my wife and me. Alden told us that Three Blondes was one of the event favorites from guests. 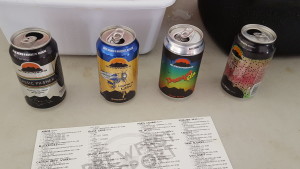 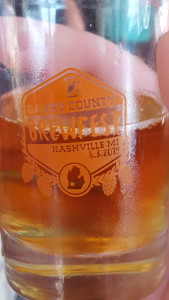 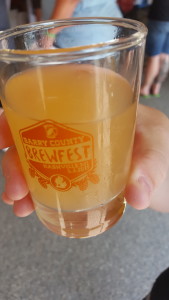 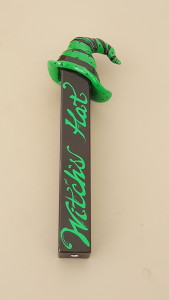 Alden told us that among the most popular drinks at the 2019 Barry County Brewfest were:

No shade to the other breweries that were there or the others that we tried. We normally try our best to sample beers we haven’t ever had. We also try and pick beers for our favorites list that are new to us, which would knock out great tasting drinks from Walldorff and Schramm’s this year. 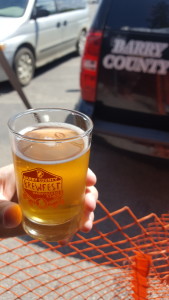 The setup in Nashville was great. We loved the amount of seating and standing room outside of the beer tent to hang out. This year there was no rain, which meant no worries of ducking under the tent to stay dry. It did get quite crowded under the tent several times. We also loved that the band setup was in the outdoor area, but close enough to the beer tent that you could hear the songs. Alden said this year’s space was perfect allowing the band to be inside the venue area. Patrons had plenty of room to spread out during the event as well.

Meridian, a local band, was great and we loved the variety of songs they played, including many cover songs. The music is not overwhelming loud, so you can still hold a conversation with people around you. It is nice to have the bands playing, so you can sit and enjoy some drinks or food while being in the outdoor seating area. 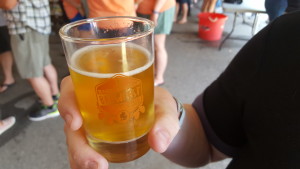 We look forward to attending the Barry County Brewfest in 2020. You can check out our reviews from 2016, 2017, and 2018 to get more information on what to expect at an event like this. The reviews are also good places to find some recommendations from us of what beers to try from Michigan.

Be sure to join us next year for the 5th annual Barry County Brewfest. This remains one of the cheapest brewfests in the state and gives you an excellent chance to try many new things. The small number of breweries offers enough variety, but not an overwhelming fear of missing out. Among the biggest feedback at this year’s event was the value that you get. Each ticket comes with five tasting tickets good for 5oz pours (meads cost two tasting tickets). Additional tasting tickets can be bought for $1 each. That’s a huge value compared to other events and also a great way to sample great tasting Michigan drinks.

*We were compensated with two free tickets to the event in exchange for our preview and review. All opinions are our own.*