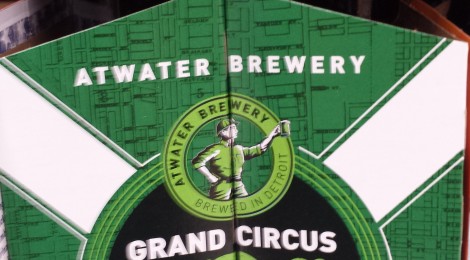 If you’re not familiar with the term “Beer City USA” chances are you haven’t been to Grand Rapids. My home city proudly displays this designation and takes pride in winning the honor in back to back years (2012, 2013). If you believe the city is overhyped or doesn’t deserve this honor, perhaps two of Michigan’s largest breweries building new locations in Grand Rapids will sway you.

The new Atwater Brewery location is expected to have 40 taps and room to brew 500 barrels, of mostly specialty beers.

For Atwater, opening new locations is the latest item in expansion mode. The company opened a similar indoor/outdoor brewery model in Grosse Pointe Park, that was voted one of the top ten new Beer Halls by Jetsetter. Other expansion projects include canning, a distillery, and additional barrel production.

Atwater is also quickly working on national expansion. The brewery is opening a new $15 million 80,000 square foot facility in Austin, Texas. This facility will add 40,000 additional barrels annually and help with distribution of Atwater beers in the Southwest. Atwater is currently available in 22 states and Washington D.C., but has on occasion struggled to meet demand.

In 2014, Atwater produced 40,000 barrels. New expansion in Detroit and the Texas facility, slated to open in 2017, will take the brewery over 100,000 barrels annually. The 2014 year saw sales increase 68% for the company, led by strong sales of Dirty Blonde and Vanilla Java Porter.

Back in 2014, New Holland Brewery announced plans to open a second location in downtown Grand Rapids. New Holland, the state’s fifth largest brewer, has been eyeing Grand Rapids for some time now and a long rumored target of developers. The new location will anchor a $17 million project on the city’s west side. New Holland in Grand Rapids will be located on Bridge Street, between Turner and Broadway. This new location from New Holland will have a distillery, tasting room, restaurant, and beer garden. It is expected to open in 2016.

Despite having Founder’s and many other breweries, Grand Rapids continues to attract top brands. With the addition of Atwater and New Holland, Grand Rapids further cements its Beer City title. Craft beer fans absolutely should be planning a trip to Grand Rapids to check out all the great breweries. 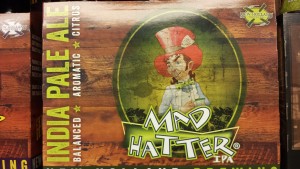 Both Atwater and New Holland made out list of 12 Michigan IPAs you should try.