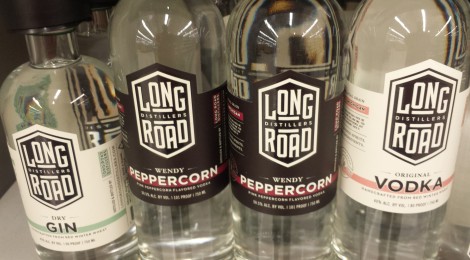 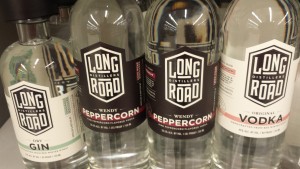 Long Road Distillers (Grand Rapids) earned a nomination in the Best Craft Specialty Spirits Distillery. “Among the spirits made by the folks at Long Road Distillers in Grand Rapids are two varieties of aquavit, a popular Scandinavian spirit. The Original Aquavit has a profile of herbs and spices, while the limited release Old Aquavit rests in used whiskey barrels for 12 months, lending it greater complexity with notes of dill and caraway.”As of this writing they were holding down the top spot in the poll, trailed by Black Button Distilling of Rochester, New York and Headframe Spirits of Butte, Montana. You can cast your vote for Long Road at http://www.10best.com/awards/travel/best-craft-specialty-spirits-distillery-2017/long-road-distillers-grand-rapids-mich/. Stop by their bar and restaurant in Grand Rapids (537 Leonard St. NW) to try some of their award-winning spirits, or grab a bottle for home at various retail outlets across the state. 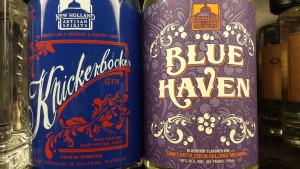 New Holland Artisan Spirits earned nominations in two categories. First up, they are a finalist in the Best Craft Gin Distillery, with 10best noting “New Holland, best known as a brewery, also crafts some darn good spirits, including three varieties of gin. Knickerbocker is a classic gin infused with a dozen botanicals, including generous amounts of juniper berries. Deeper and smoother, Knickerbocker Barrel Gin gets its toasty notes from the spirit-soaked wood, while Blue Haven is steeped on locally sourced blueberries.” As of this writing New Holland was sitting in third place, trailing Florida’s St. Augustine Distillery and Portland, Maine’s Hardshore Distilling Company. You can cast your vote for New Holland Artisan Spirits at: http://www.10best.com/awards/travel/best-craft-gin-distillery-2017/new-holland-artisan-spirits-holland-mich/. 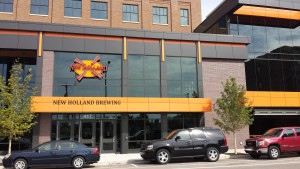 New Holland also received a nomination in the Best Craft Rum Distillery: “Freshwater Michigan Amber Rum, distilled by New Holland Artisan Spirits, is made from in-house fermented cane sugar and molasses and barrel-aged in a combination of virgin, wine and whiskey oak for at least six months. Freshwater Superior Single Barrel Rum ages in a single “honey barrel” before getting bottled at barrel strength.” To vote in that contest, head to http://www.10best.com/awards/travel/best-craft-rum-distillery-2017/new-holland-artisan-spirits-holland-mich/. You can try out New Holland spirits at their Holland location (66 E. 8th St.) or at the Knickerbocker in Grand Rapids (417 Bridge St. NW). Their spirits can also be found at retail outlets across the state.