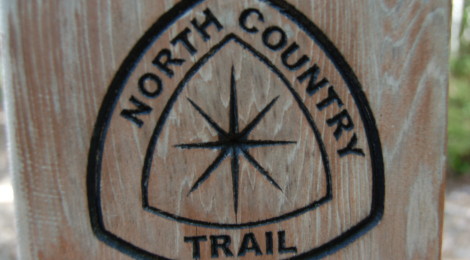 The new trail that will connect Belle Isle in Detroit to Ironwood in the western Upper Peninsula now has a name, as it was announced last month that The Belle Iron Trail won the naming contest. This future trail will incorporate many existing trails, while also looking to add segments in places where connectors are not currently present. While the hiking and biking portions will take different routes to get there, both start at Belle Isle and end near the depot shown above in Ironwood. 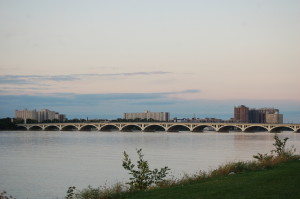 Belle Isle is one of the newest state parks in Michigan, earning that designation in February of 2014, and the state will be making further improvements for the next three years. The island itself sits in the Detroit River and is nearly 1000 acres. Attractions on the island include an aquarium, maritime museum, abundant wildlife, freighter viewing opportunities, a lighthouse, numerous fountains, and an amazing view of the Detroit skyline. 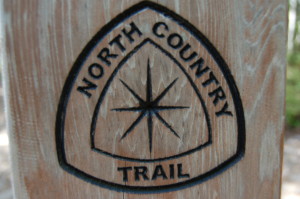 Most of the hiking trail is already in place as the North Country Trail, a 4,000-mile trail that starts in New York and heads west all the way to North Dakota. The Iron Belle Trail (hiking) will start on Belle Isle, then head downriver through Wayne County before moving west and cutting through Washtenaw, Livingston, Ingham, Jackson and Calhoun counties on various trails. It then joins the NCT and heads north, all the way to Mackinaw City. In the Upper Peninsula the trail heads north to Lake Superior, where it follows the Pictured Rocks National Lakeshore west. It then cuts through Marquette, Baraga, Houghton and Ontonagon counties before reaching Ironwood in Gogebic county at its western terminus. Sections of this trail through Pictured Rocks and the Porcupine Mountains are some of the most scenic miles of trail in the entire state. 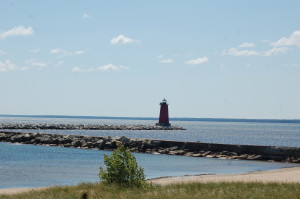 The biking part of the trail heads north from Detroit, using existing trails to cut through the Thumb region before following the Lake Huron shoreline and eventually heading inland in Iosco County. The trail zigzags inland until Grayling, where it shoots north and eventually connects with more than 60 miles of the North Central State Trail. In the Upper Peninsula, it follows scenic US-2 for 325 miles before reaching Ironwood. 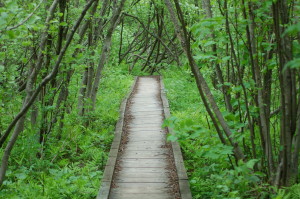 A full look at the proposed trails can be found at: https://www.michigan.gov/documents/dnr/Showcase-Trail-Route_469159_7.pdf. The completion of this trail will help make Michigan even more of a prime destination for the biking and hiking communities, and will help show off some of the states best views to those who use boots or pedals to traverse the state.