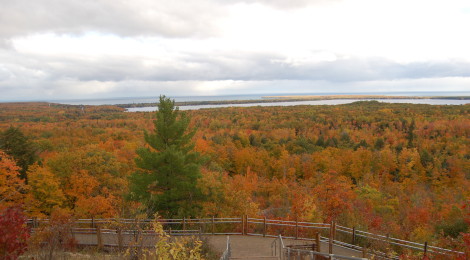 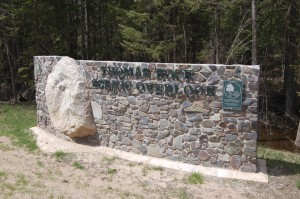 Michigan Trail Tuesdays is a new feature that will showcase a different trail or trail segment each week. The Mitten State is home to thousands of miles of trails, including the new Iron Belle Trail that runs from Detroit in the southeast to Ironwood in the western Upper Peninsula.

The hiking trail to Thomas Rock Scenic Overlook in Marquette County is short, well-maintained, and universally accessible – and the views once you reach the end of the trail are well worth the effort! This natural area formerly known as Gobbler’s Knob receives a lot less traffic than Marquette’s Sugarloaf Mountain (20 miles to the south) and is still considered something of a hidden gem. It will take roughly 20 minutes to walk the entire trail at a laid-back pace, covering about a mile in distance. 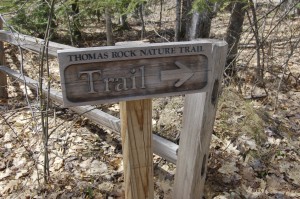 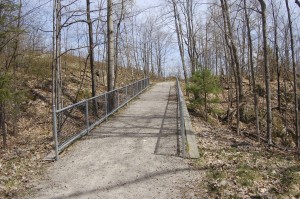 The trail to the overlook is wide and covered in crushed gravel. There is no specified direction of travel, so you can choose either direction on the loop trail. Boardwalks, railings and bridges are in place where needed and the trees provide a shade canopy. Many small wooden plaques have been placed along the side of the path identifying trees and other plants found here. 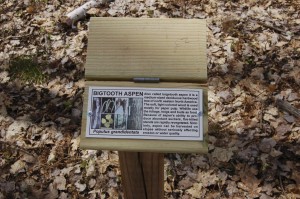 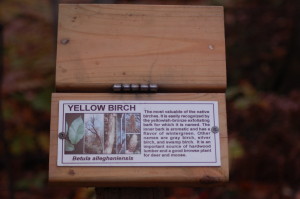 The view from the overlook includes the Keweenaw Peninsula, Lake Superior, Lake Independence, Big Bay, the remains of an old Ford sawmill, and more. In the fall this view comes alive with color. A plaque near the lookout provides a little bit of background on some of the things you can see: 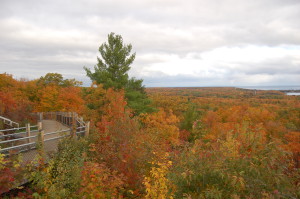 Keweenaw Peninsula – “The land mass to the northwest (40 miles by water) that looks like islands on the horizon is the Keweenaw Peninsula. It is the site of the most extensive known deposits of native copper in the world. Keweenaw copper was mined for approximately 7,000 years, from 5000 BC until 1968. During the period for which records were kept, 1840-1968, more than 11 billion pounds of copper were mined there. During the peak production years of World War I, 1916-1917, the annual copper yield reached a maximum of 270 million pounds.” 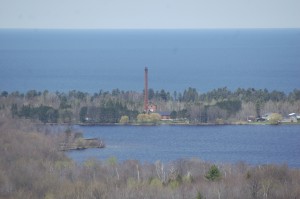 Big Bay – “Big Bay was founded in 1875 around a sawmill. Over the years logging camps supplied several sawmills here, including a central mill complex so large it had four smokestacks. In 1903, the Brunswick Lumber Company mill made bowling pins and hardwood flooring, among other things. Brunswick closed its Big Bay operations in 1932. Henry Ford bought the mill in 1943 and operated in until 1947. The mill is now a private residence.” 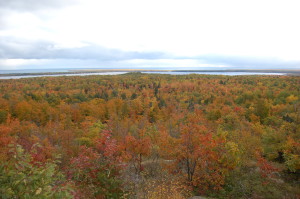 Lake Independence – “The lake is fed primarily by the Yellow Dog River. Lake Independence is naturally occurring, but its level has been stabilized by a dam. Outflow is the Iron River, which flows slightly over one mile into Lake Superior. Lake Independence is 1,860 acres and reached a depth of 30 feet. It contains trout, northern pike, rock bass, small mouth bass, walleye, white sucker and yellow perch.” 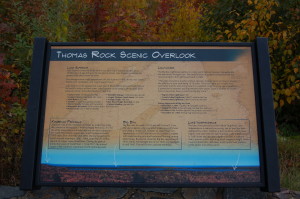 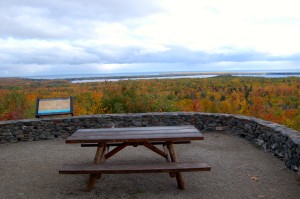 To get to Thomas Rock Scenic Overlook, take CR-550 north from Marquette towards Big Bay for about 22 miles. Turn left onto CR-510 and follow it for about a mile, the driveway will be on the right. There is plenty of parking here, rustic restroom facilities and picnic tables. Nearby attractions include Big Bay Point Lighthouse and Big Bay’s Anatomy of a Murder film sites, Yellow Dog Falls and Alder Falls. Keep an eye out when driving on CR-550 for a possible sighting of the rare and elusive Michigan moose.