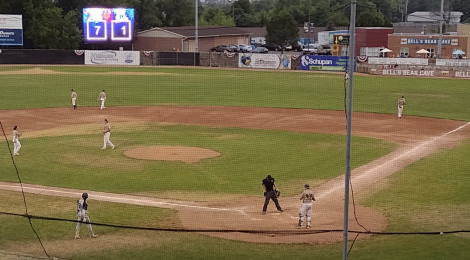 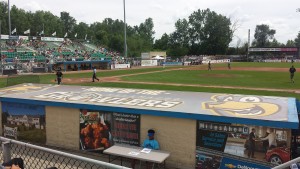 Summer and baseball go hand in hand, and since 2014 the Kalamazoo Growlers have been providing excellent family-friendly entertainment in southwest Michigan. As the 2022 Northwoods League season comes to a close next week, the Growlers will have two home games broadcast to a national audience for the first time in franchise history. Games at Homer Stryker Field on August 11th (Thursday) and August 13th (Saturday) will be shown on ESPN+, exposing Kalamazoo baseball to many new fans. Tickets are still available for both games if you want to see some great baseball and have the chance to be seen on ESPN+, and we have all the details you need below. 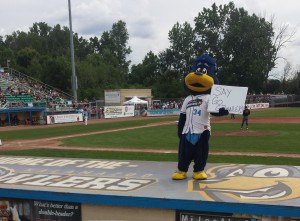 The Kalamazoo Growlers play in the Northwoods League, a summer collegiate baseball league with teams in Michigan, Indiana, Illinois, Wisconsin, Minnesota, Iowa, and North Dakota. Players must have a year of collegiate availability left and are not paid so that they can maintain NCAA eligibility. The league uses wooden bats and more than 140 of its former players have gone on to play in MLB. 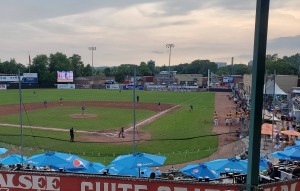 This season the Growlers dominated the first half with a 22-14 record which qualifies them for the playoffs. They have struggled more in the second half (9-18 as of this writing), sitting fifth in the six-team Great Lakes East division. The August 11th game pits the Growlers against their rival Battle Creek Battle Jacks, while the August 13th game will see them host the Kenosha Kingfish. Both games have a start time of 6:35 p.m. 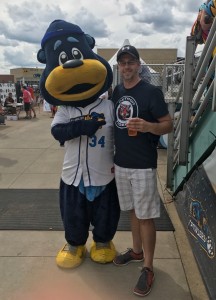 We have had the chance to attend a few Growlers games over the past seasons, and have always left impressed with the experience. The on-field product is competitive, and the off-field experience is geared toward family fun. Over the years Homer Stryker Field has been able to add more amenities and unique seating options like the Miller Lite Party Zone in left field and the Bell’s Bear Cave in right field. Homer Stryker Field can hold more than 5,500 fans and it would be great to see the place packed for these two nationally televised games. 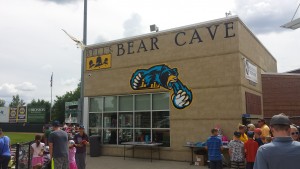 ESPN+ is available as a standalone streaming platform or as part of a bundle with Disney Plus and Hulu. To purchase tickets for either game head to the Kalamazoo Growlers site.