Is Michigan International Speedway NASCAR’s Best Track? You Can Help It Win An Award 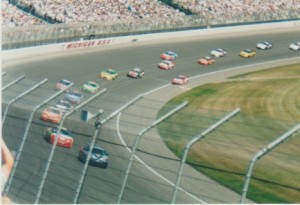 The folks at 10best.com and USA Today are back at it again with another Readers’ Choice poll that features a Michigan attraction. Voting is open through June 22nd, and as of the time of this writing Brooklyn’s MIS was in second place. Governor Rick Snyder has already shown his support, and now you can too.

Michigan International Speedway opened in 1968, and is a two-mile D-shaped speedway located near US-12. It is the “fastest” track in NASCAR due to its long straightaways and wide corners, which could be part of the reason for its early popularity among voters. Its close proximity to the world headquarters of Ford and General Motors probably doesn’t hurt either. In addition to racing, it is the site of the MHSAA high school cross country finals and the Faster Horses country music festival. This summer, fans have two weekends to choose from to take in some NASCAR action:

Mark Martin, Cale Yarborough, Carl Edwards, and Bill Elliott are just a few of the drivers who have experienced success at Michigan International Speedway. Kyle Busch, Jeff Gordon, and Joey Logano each have qualifying speed records at the track (all set in 2014). 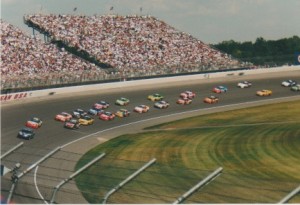