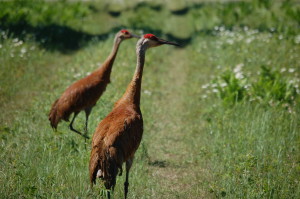 The honors keep on coming for Michigan cities and attractions. Over the past two weeks we’ve profiled Saugatuck’s efforts to be named Best Coastal Small Town in the U.S. and Porcupine Mountains Wilderness State Park’s efforts to be named Best State Park in the U.S. Now it’s Seney National Wildlife Refuge’s turn, as it has been named one of the 20 finalists to be named Best National Wildlife Refuge in the U.S. by 10best.com and sponsored by USA Today. Voting is open until March 30th, go here to cast your vote. Seney NWR is very active on Facebook so be sure to check out their page for frequent updates, animal sightings and more!

Located in the Upper Peninsula’s Schoolcraft County, Seney NWR is made up of more than 95,000 acres that showcase ponds, streams, bogs, forests and other natural features. More than 200 different kinds of birds have been spotted at the refuge, which is also home to black bears, moose, beavers, wolves and otters. The refuge sees nearly 90,000 visitors annually, and they also oversee the Huron Islands/Huron National Wildlife Refuge (Lake Superior), Whitefish Point Bird Observatory (Paradise) and the Michigan Islands National Wildlife Refuge (Lake Michigan) units. 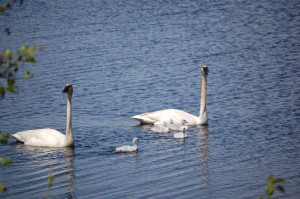 Popular attractions in the refuge include a stop at the visitor center and exploring the nearby trails or taking a drive on the 7-mile Marshland Loop. The loop provides a chance to see beavers, geese, swans, loons, eagles, osprey, cranes and more from your car as you follow a winding road through various habitats. Bordered by M-28 and M-77, the refuge is found in an area with a rich lumbering history.

We previously featured Seney NWR on our list of