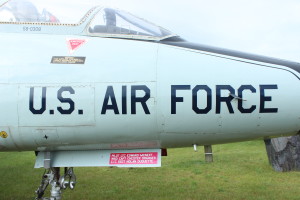 The Upper Peninsula was once home to a U.S. Air Force base south of Marquette, which operated from the 1950s until 1995. Not much remains of the base today, and the area has fallen on hard times since its closure. The K.I. Sawyer Heritage Air Museum can be found here, as well as the “Sawyer 6″ – a collection of six aircraft that represent those that served here when the base was open. Five of these planes can be found at a memorial park near the intersection of Avenue C and 4th St., while the sixth is found on 5th St. Below, we take a look at the memorial park and the K.I. Sawyer Air Force planes on exhibit there. Today the Sawyer International Airport operates here with service to Detroit, Chicago and other locations.

Boeing B-52D Stratofortress: A strategic bomber powered by 8 jet engines with a crew of 6 including a rear gunner in the extreme tail. Designed in 1948 with back swept wings and a unique cross-wind crab landing gear system for cross-wind landings. The lofty fin folds to enter hangars. The B-52 D was the fourth improvement on the original, it held more fuel and was used only for bombing. The updated B-52-H has been used at K.I. Sawyer AFB since the early sixties when the base was activated. 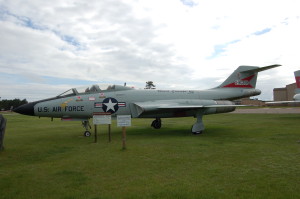 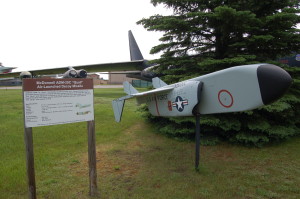 McDonnell ADM-20C “Quail;” Air-Launched Decoy Missile: ADM-20 (GAM-72) “Quail,” Tail Number 61-0414 served at K.I. Sawyer and was an air-launched decoy missile carried by the B-52 strategic bombers in the early 60s and 70s. The “Quail” was designed in the mid to late 50s to produce a radar image very similar to that of the B-52 and it was used to confuse the enemy’s defensive radar network. The “Quail” was retired in 1978. 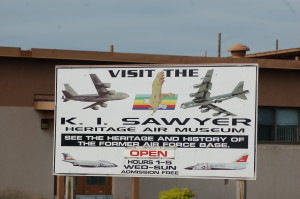 The Lockheed T-33A “Shooting Star” Jet Trainer can be found on 5th St. The KISHA museum is located at 402 3rd St. Head over to http://www.kishamuseum.org/ for information on hours, admission, and ongoing projects. The museum is currently looking for help identifying people in old photographs – check out the story that aired on TV 6 recently. 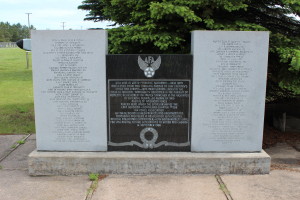 Two stone memorials can be found in this pocket park as well, honoring “the men and women who have lived in the U.P. and given their lives in the service of their country.” 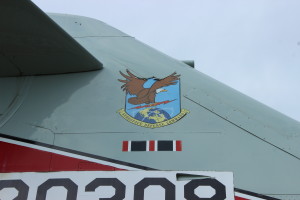 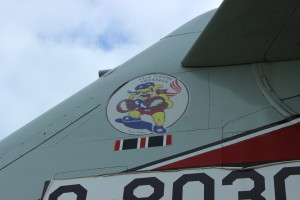 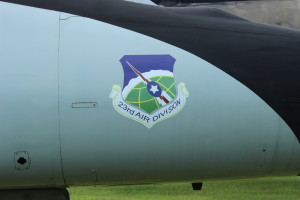 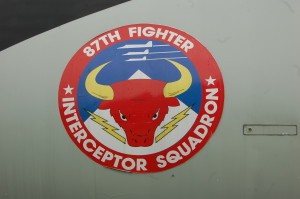