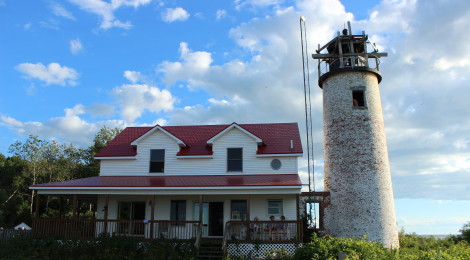 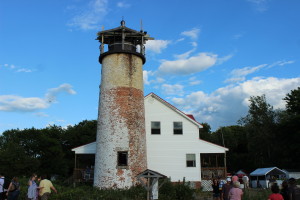 The Charity Island Lighthouse was constructed in the late 1850s on the largest island in Saginaw Bay, at a time when the lumber industry ruled the east side of the state. While the lighthouse served proudly for many years, in the years following its automation and replacement by the Gravelly Shoal Light its condition had at one point deteriorated badly enough that it was placed on the lighthouse “doomsday list.” Things have turned around around for this historic Lake Huron beacon, however, and it can now be visited as part of a unique and thrilling dinner cruise. In this post, we’ll share some photos and information from a visit last summer – this year’s cruises start heading to the island at the end of May. 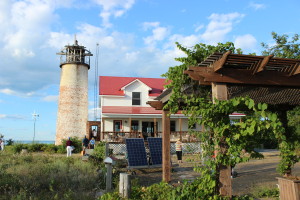 The “1857 Island Lighthouse Dining Adventure Cruise” is offered on Friday, Saturday and Sunday from May 28 through October 14th. Departures are weather dependent and leave from either Caseville Municipal Harbor in the Thumb or Brown’s Landing just north of Au Gres. Tour groups and some limited public availability fills out the weekday schedule. More info: http://www.charityisland.net/. 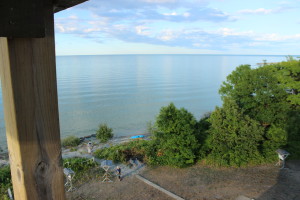 The Charity Island Lighthouse was constructed in 1857 as the shipping traffic in the area increased due to high demand for lumber. The waters around Charity Island have many shoals and shallow spots that are dangerous to large boats. The brick tower stood 39 feet tall and was attached by walkway to a wooden keeper’s dwelling. The tower was later built up to 45 feet tall. The light was automated in 1917, and by 1939 when the Gravelly Shoal Light went into service the station was abandoned and fell into disrepair. One of the first things you’ll notice when visiting is that the keeper’s dwelling has been reconstructed, and efforts to stabilize and preserve the tower are ongoing. 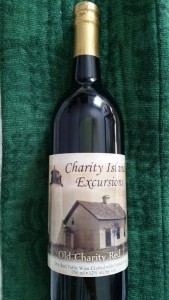 The ride to the island takes about an hour, and after arriving at the marina its is a short walk to the lighthouse. Dinner features crusty artisan french bread baked on the island in a woodburning stove, then a main course of either Great Lakes yellow perch or tenderloin steak tips. Wine is available to purchase, and it is possible to purchase bottles of a lighthouse-exclusive wine as well (pictured). Enjoy hearing the history of this lighthouse as well as some fun and interesting stories, and you’ll have some time to explore the grounds and climb the tower as well.

The return trip is time for sunset views over Lake Huron, dessert is served as well. Midwest Living‘s Michigan Travel Ideas Guide named the Charity Island Lighthouse Dinner Cruise as one of its 10 great water adventures. For lighthouse enthusiasts, this is a great way to see one of the more elusive Lake Huron lights, while others will enjoy this trip for the quiet and relaxing atmosphere, dinner on an island, and stunning sunset views. Plenty of reviews on Trip Advisor offer tips and positive feedback, while the Facebook page for the lighthouse cruise posts frequent pictures and keeps conditions updated when needed. Tri-City Brewing in Bay City features this lighthouse on its Charity Island India Pale Ale beer bottles. 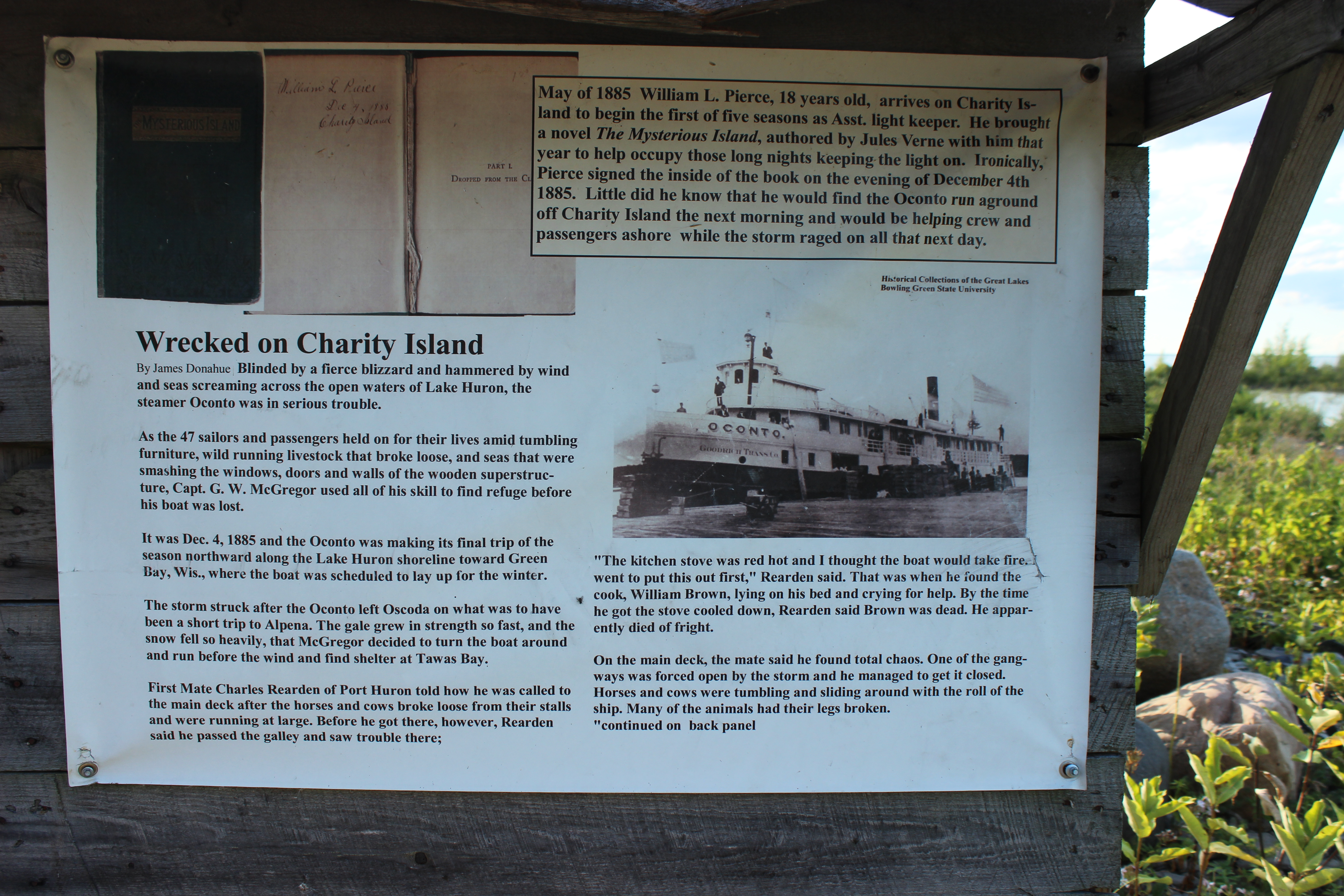 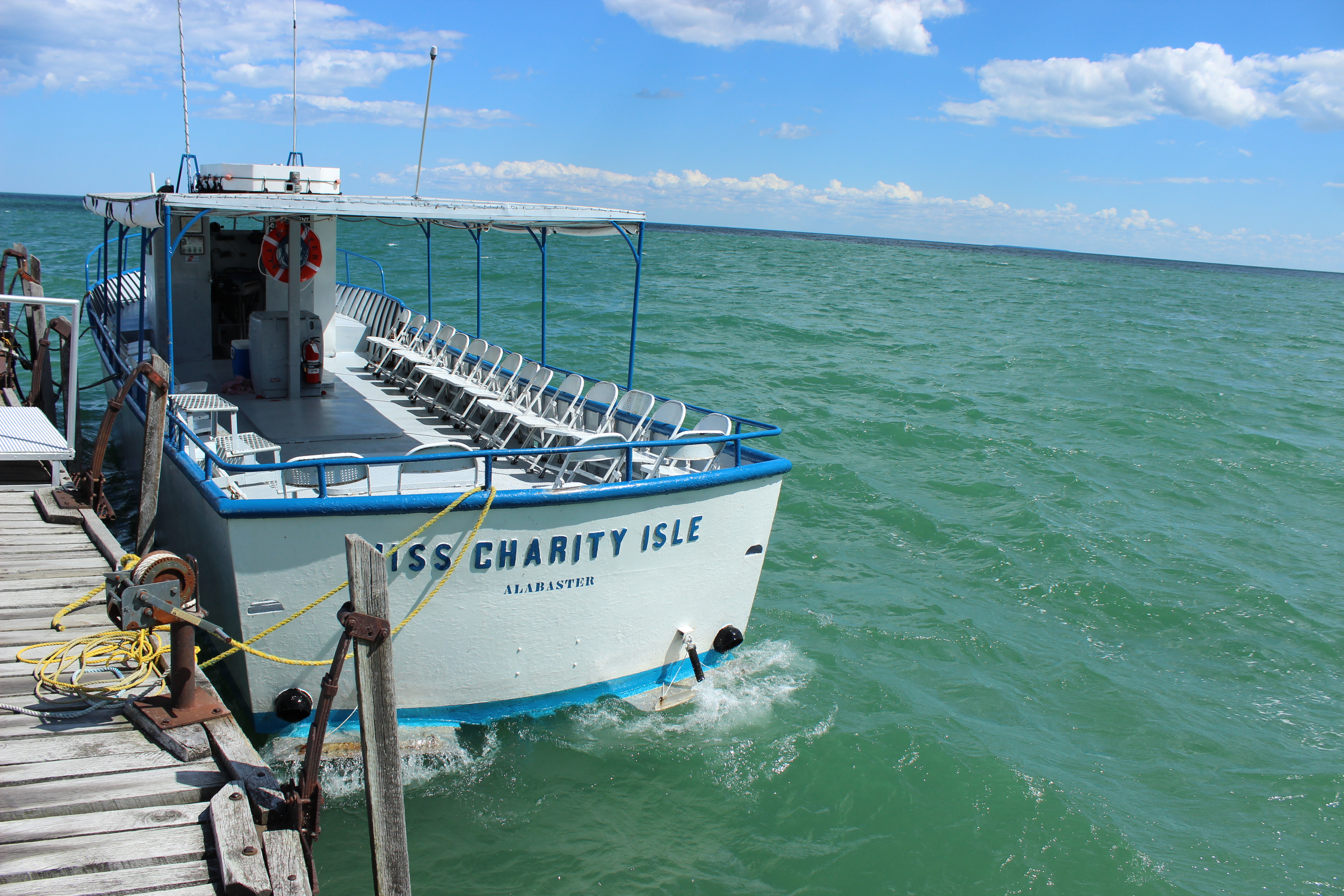 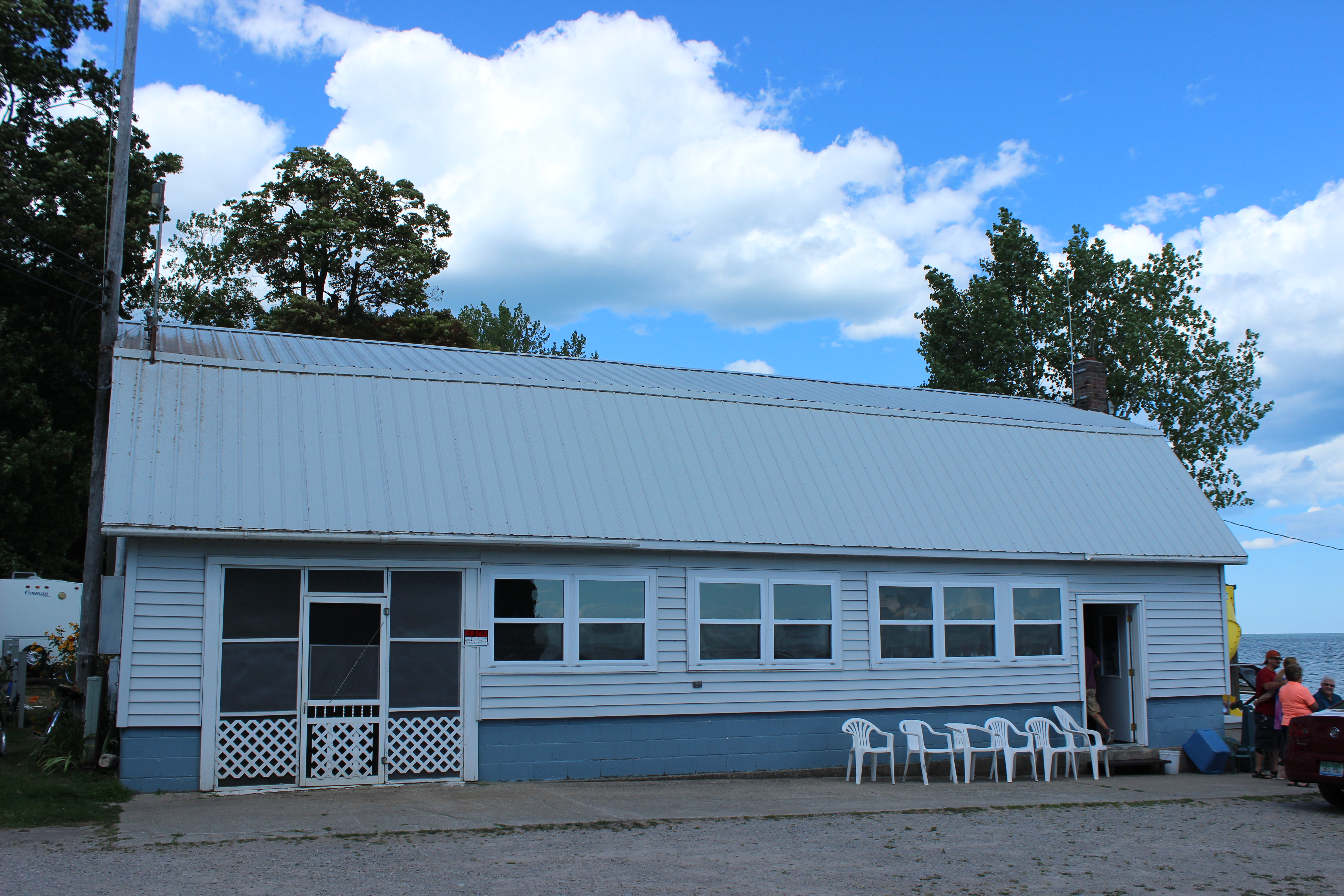 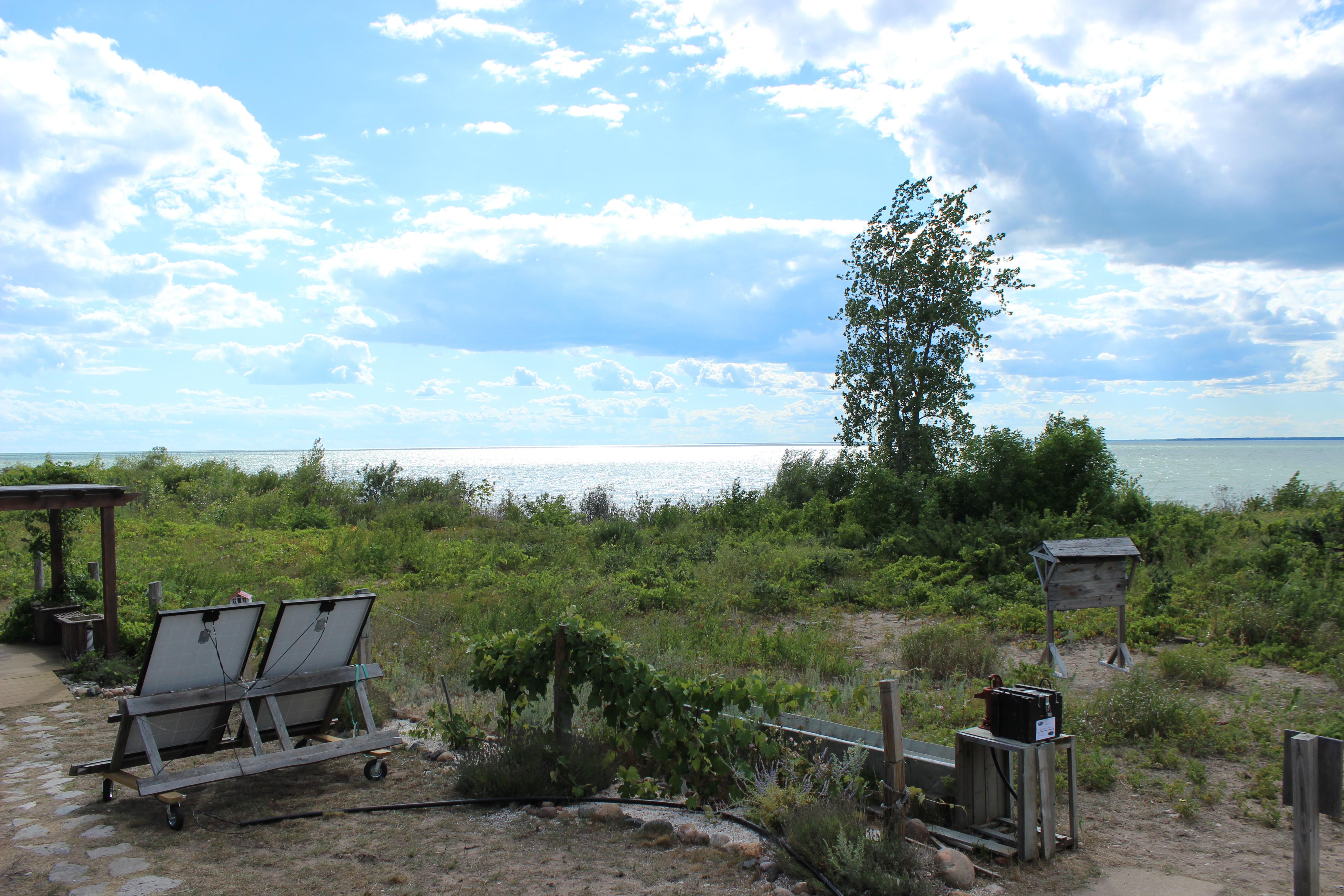 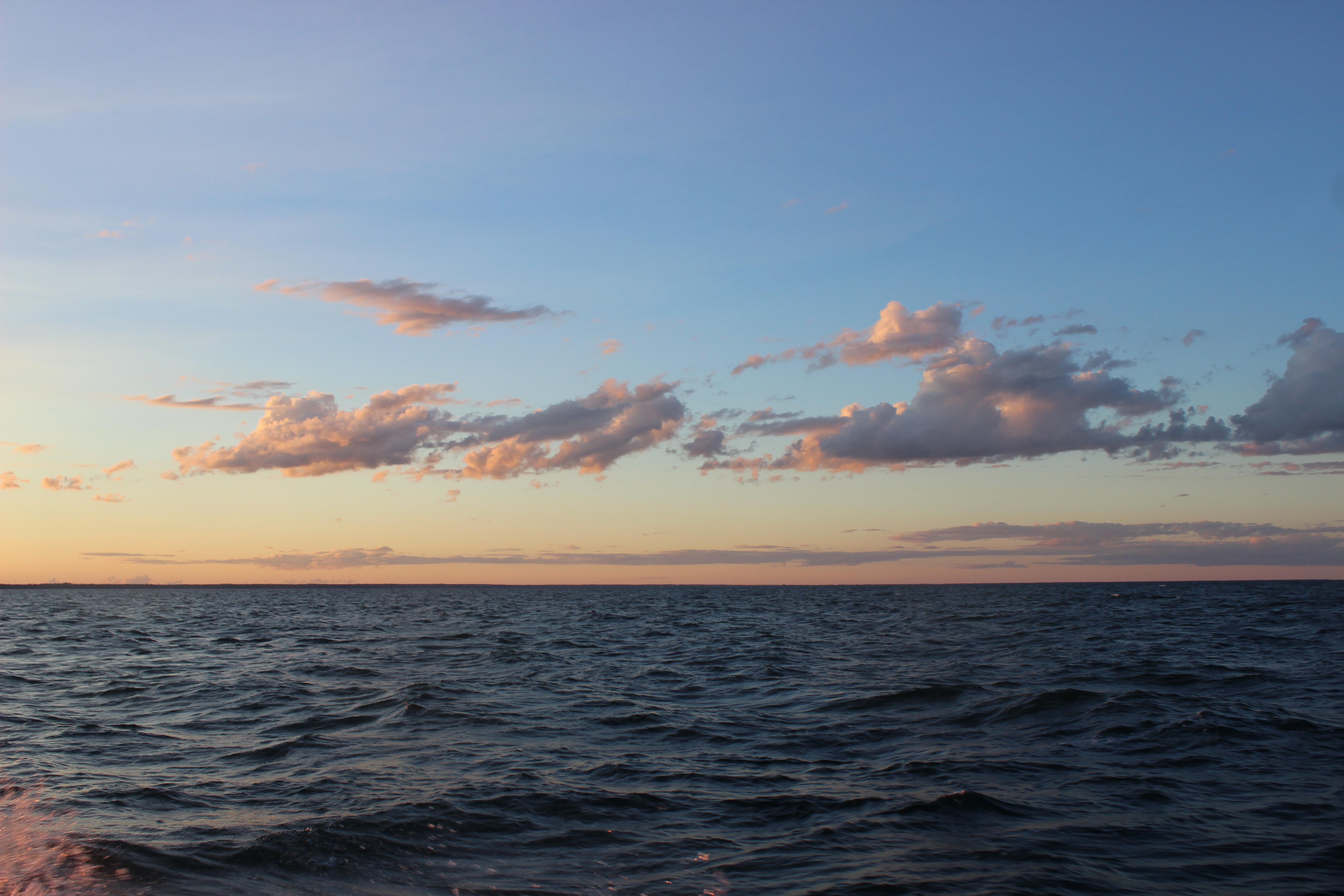 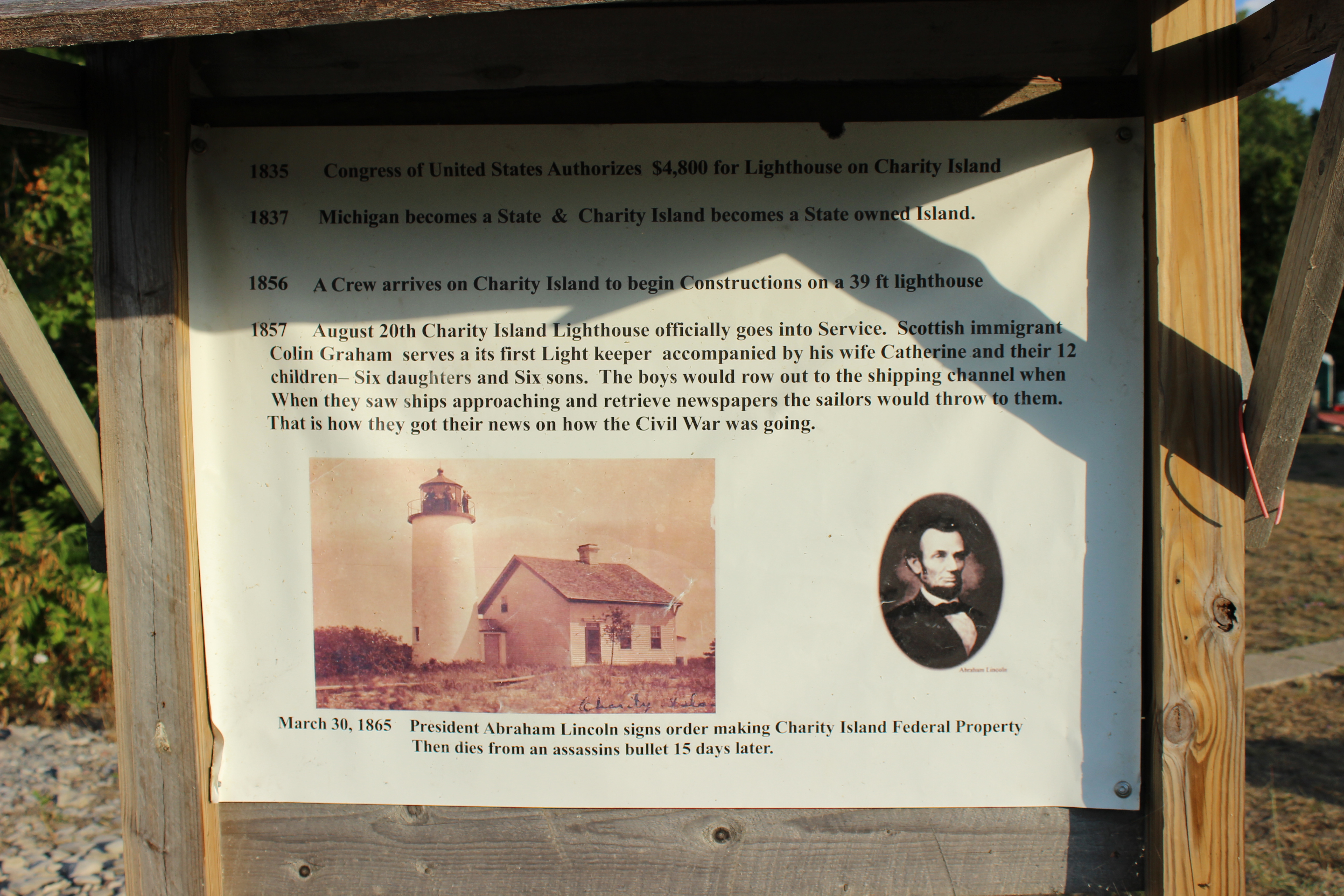 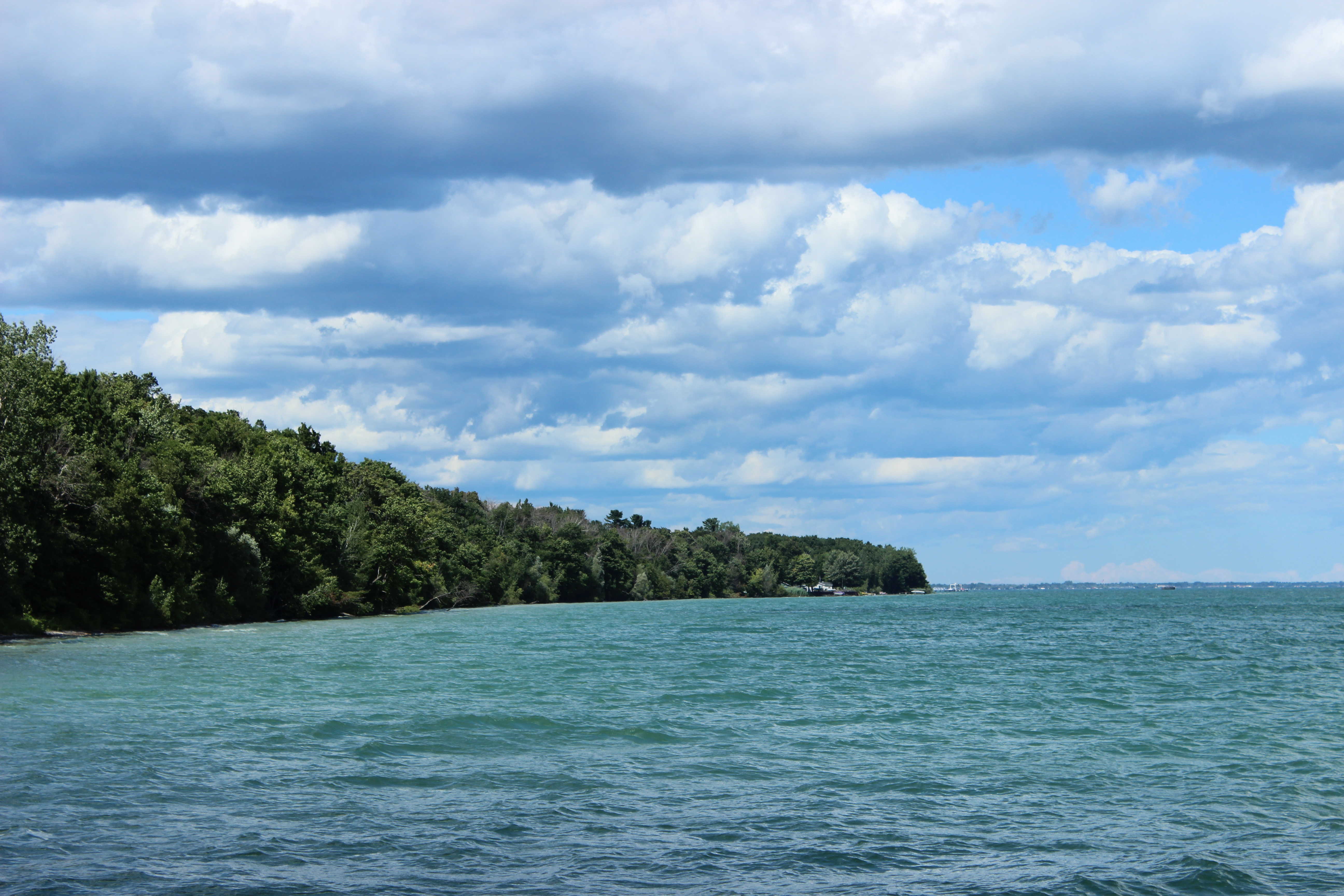 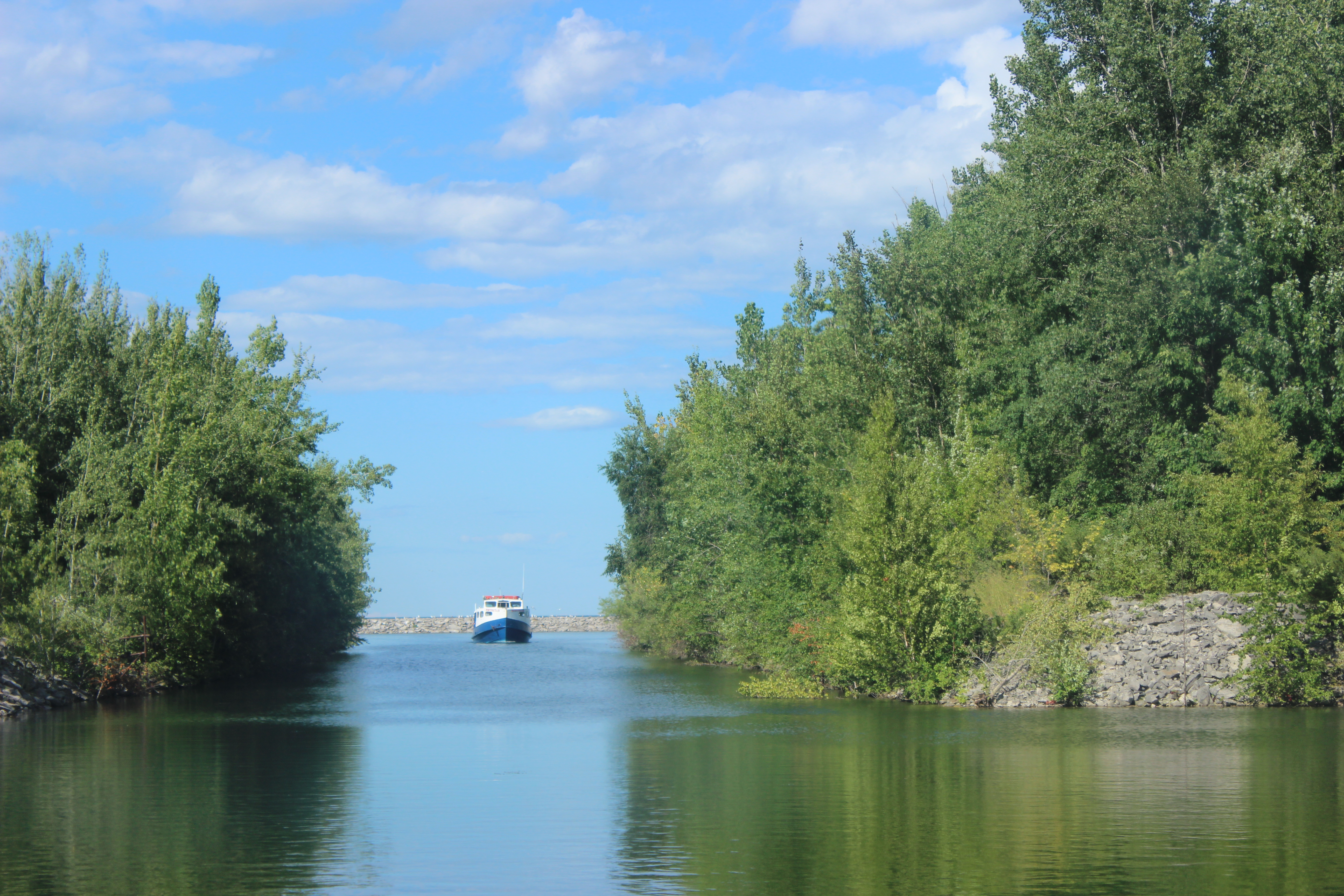 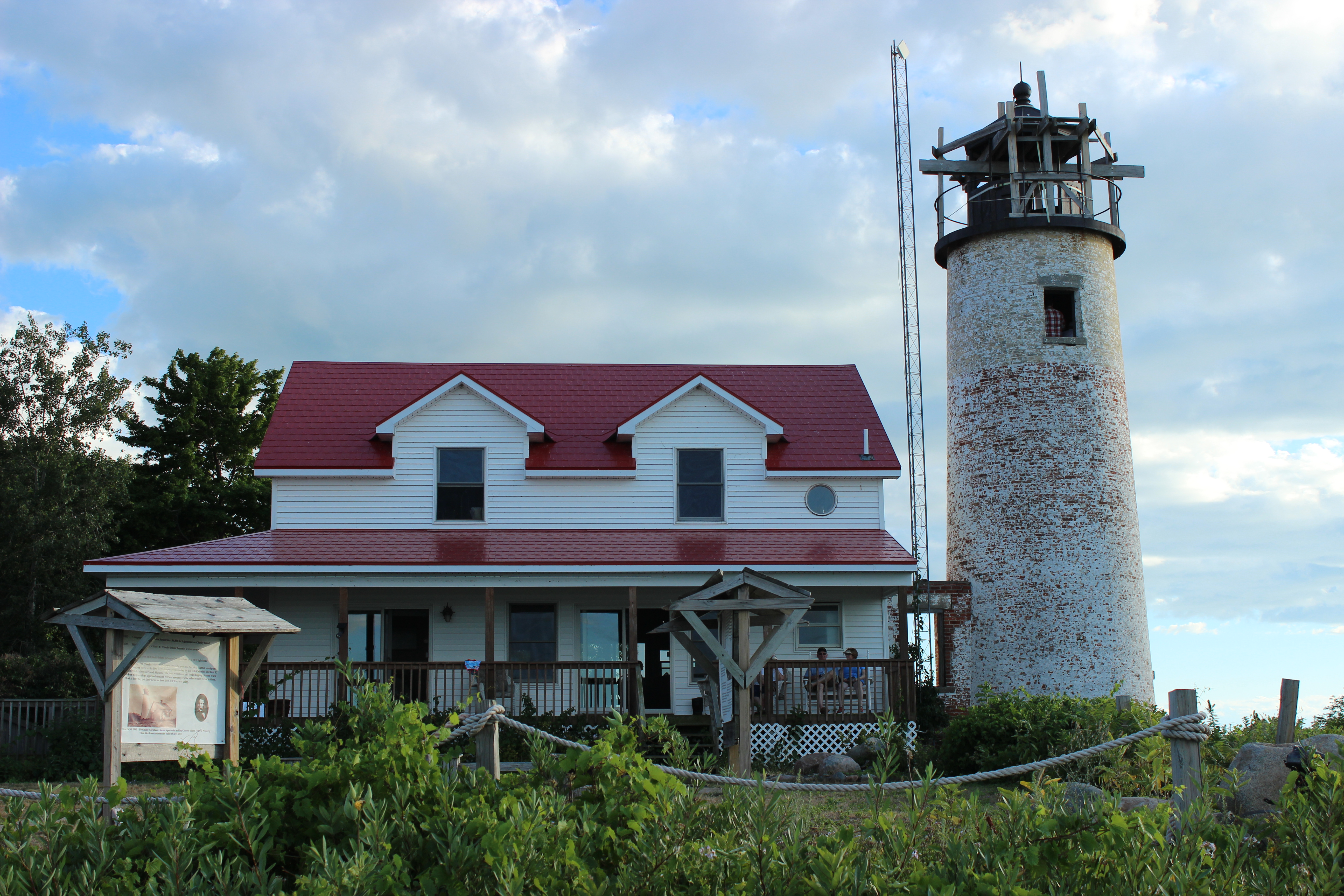 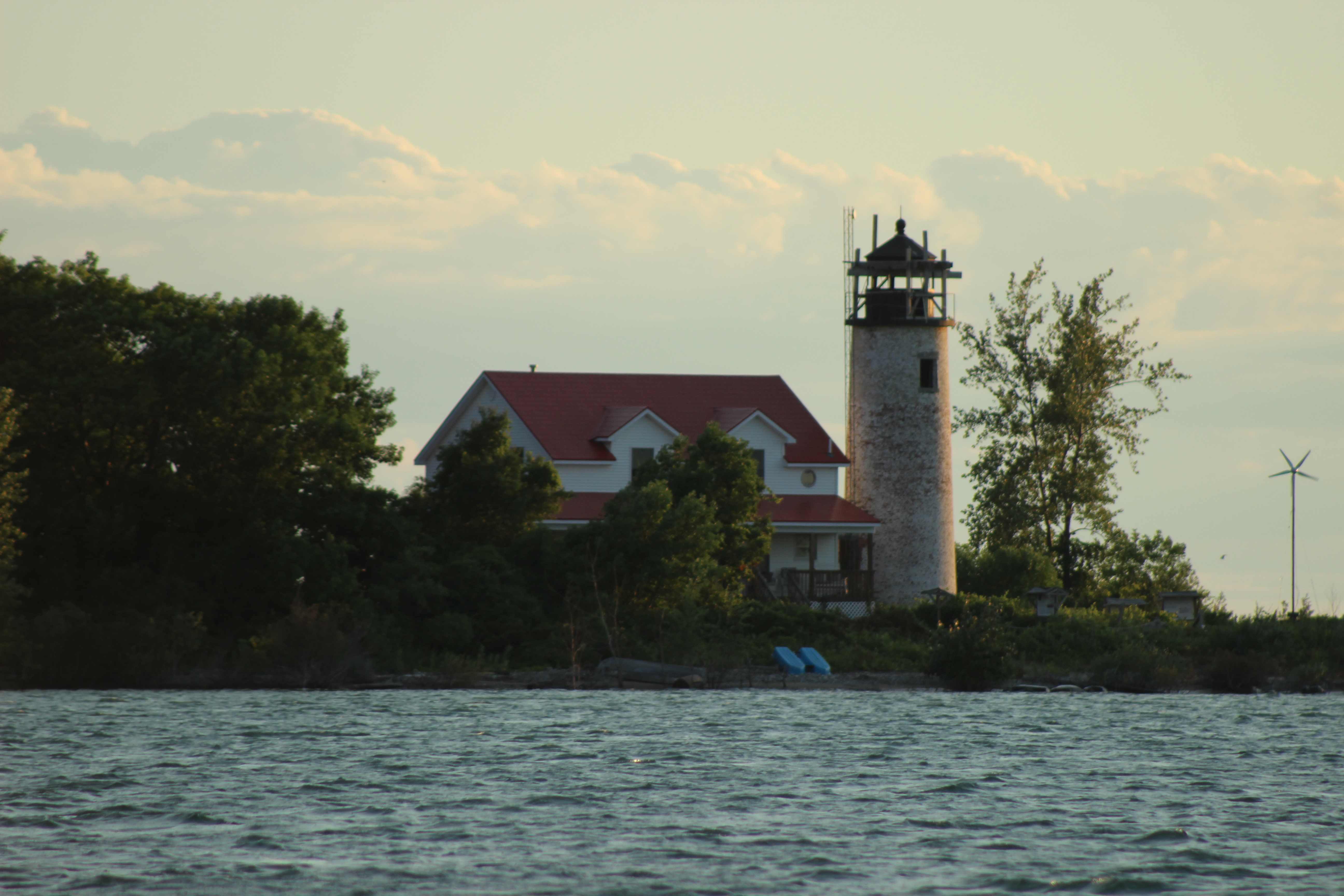 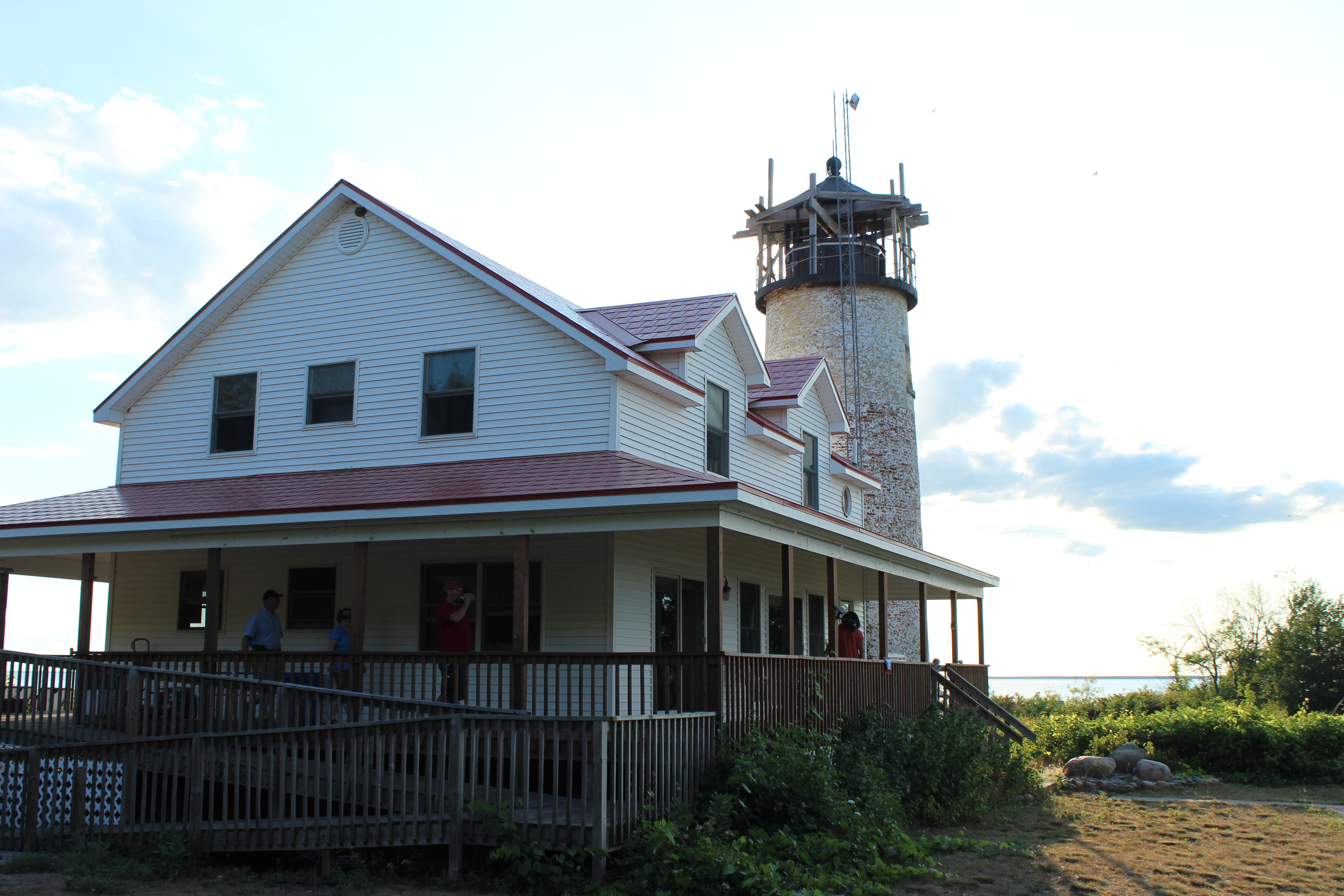 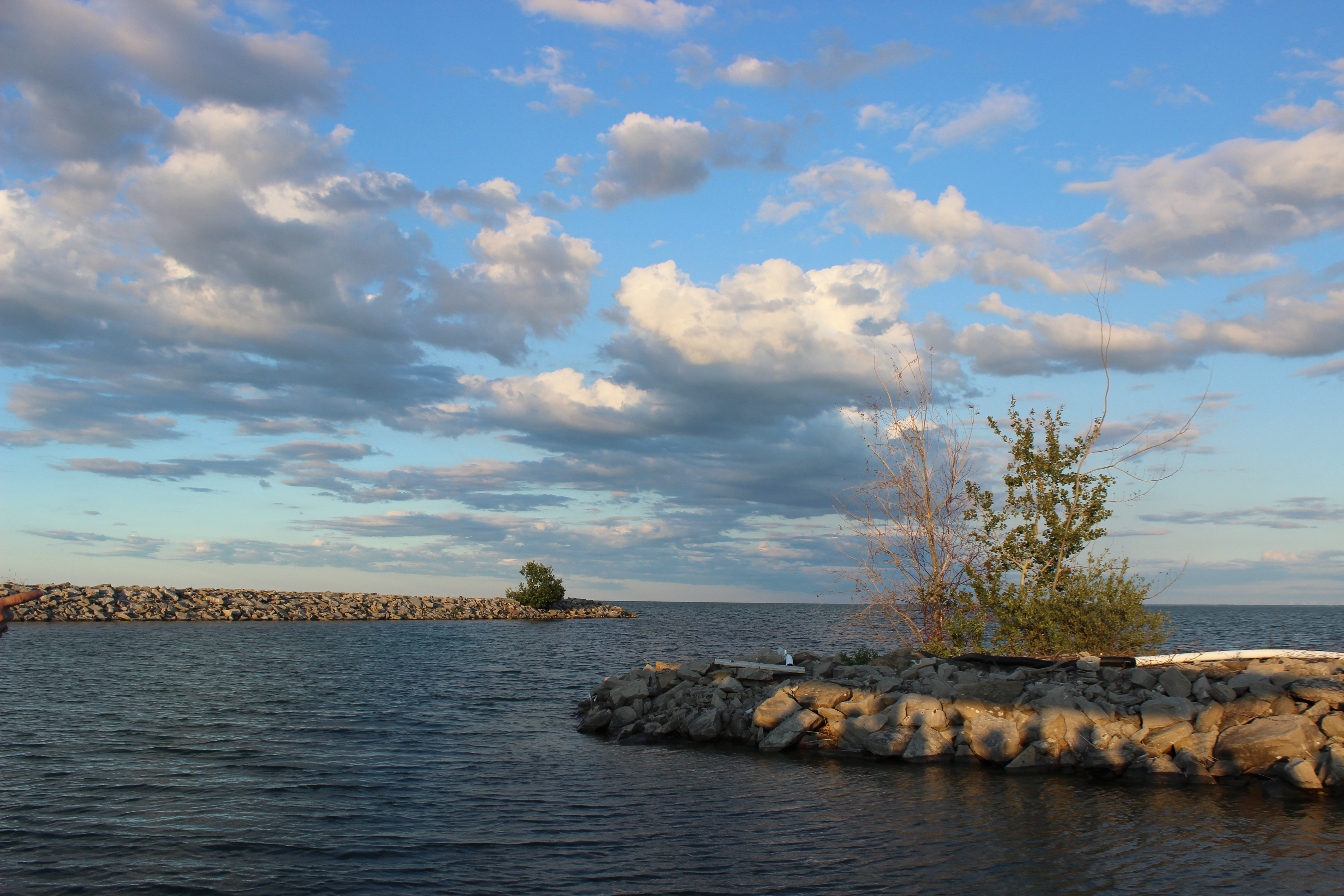 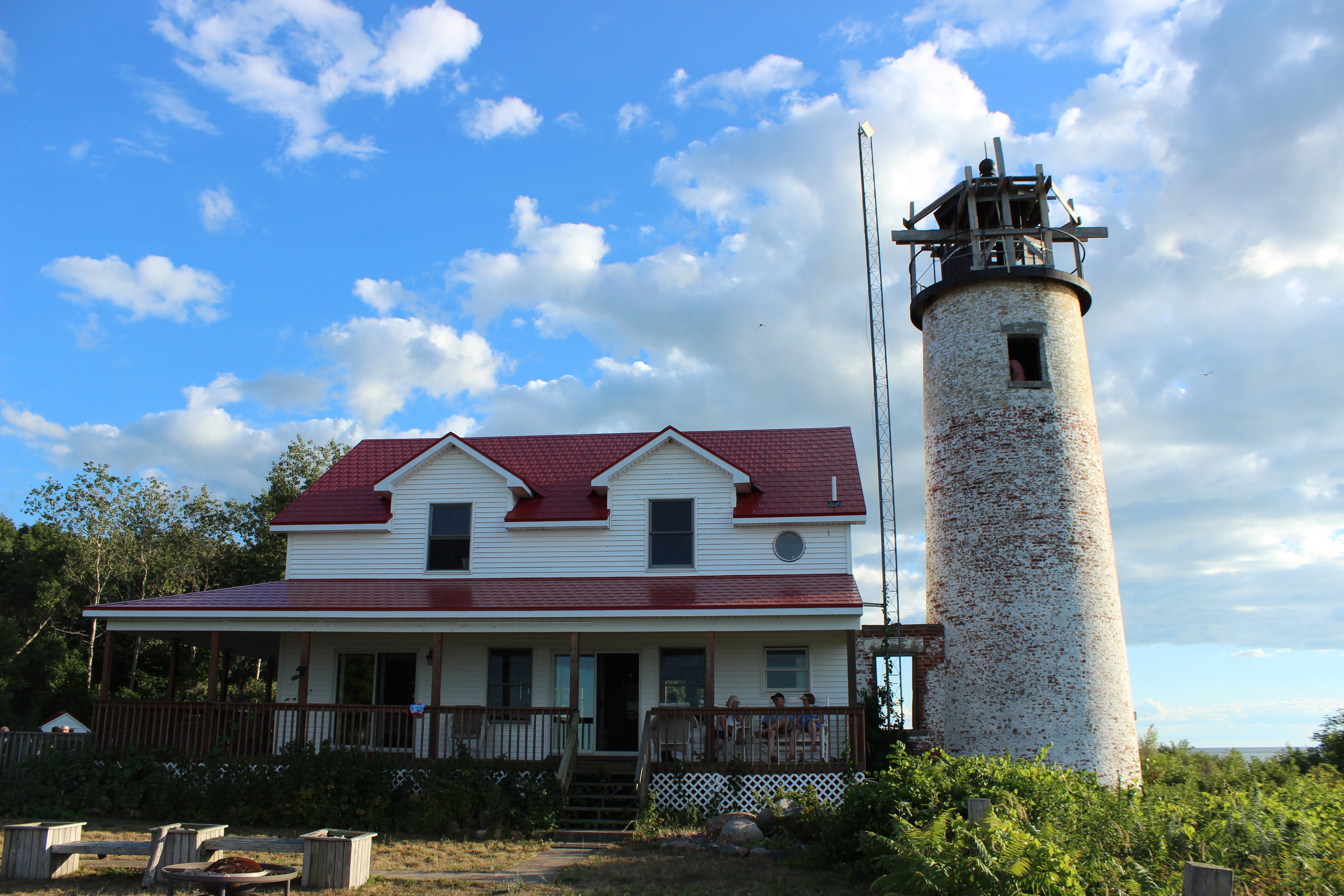 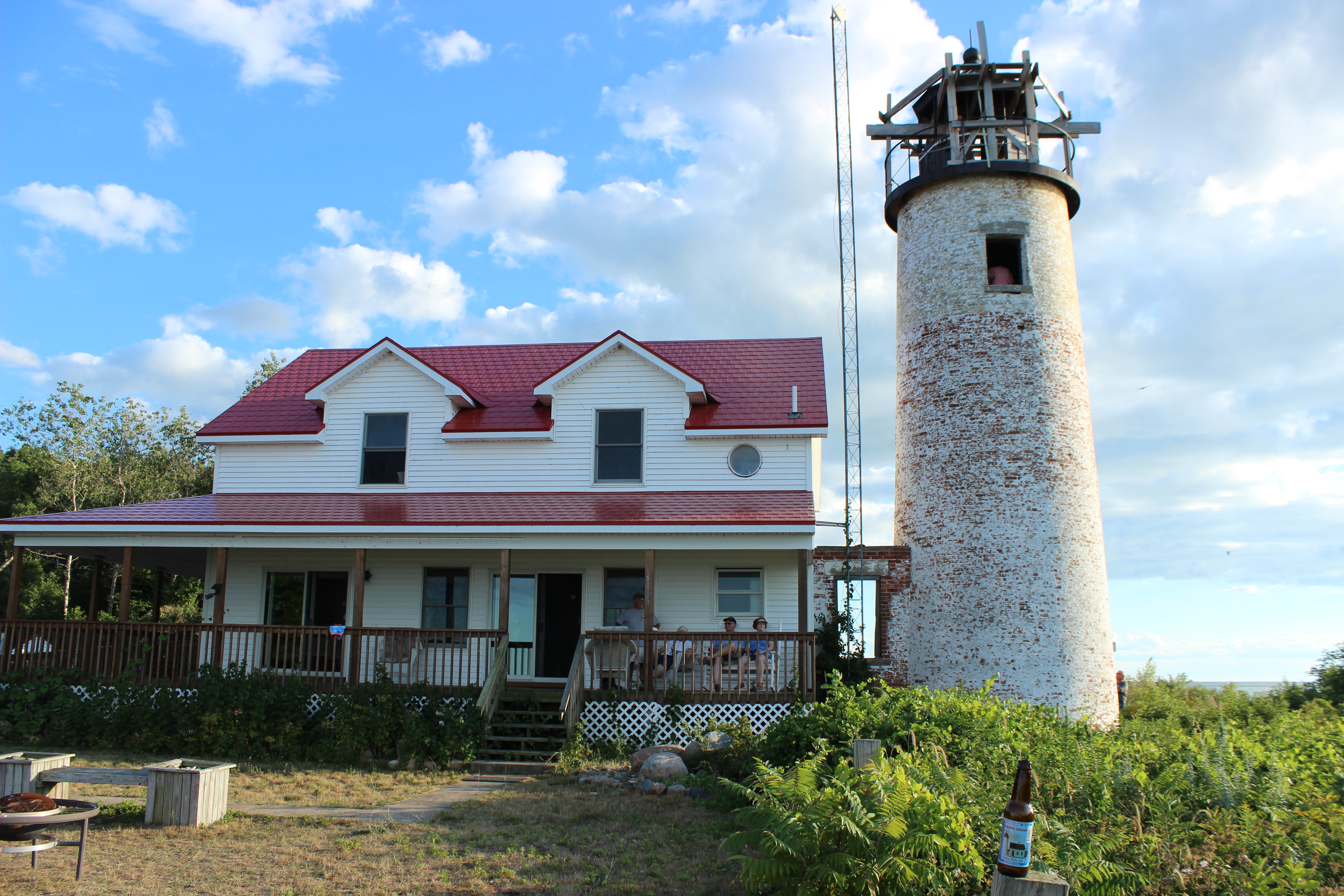 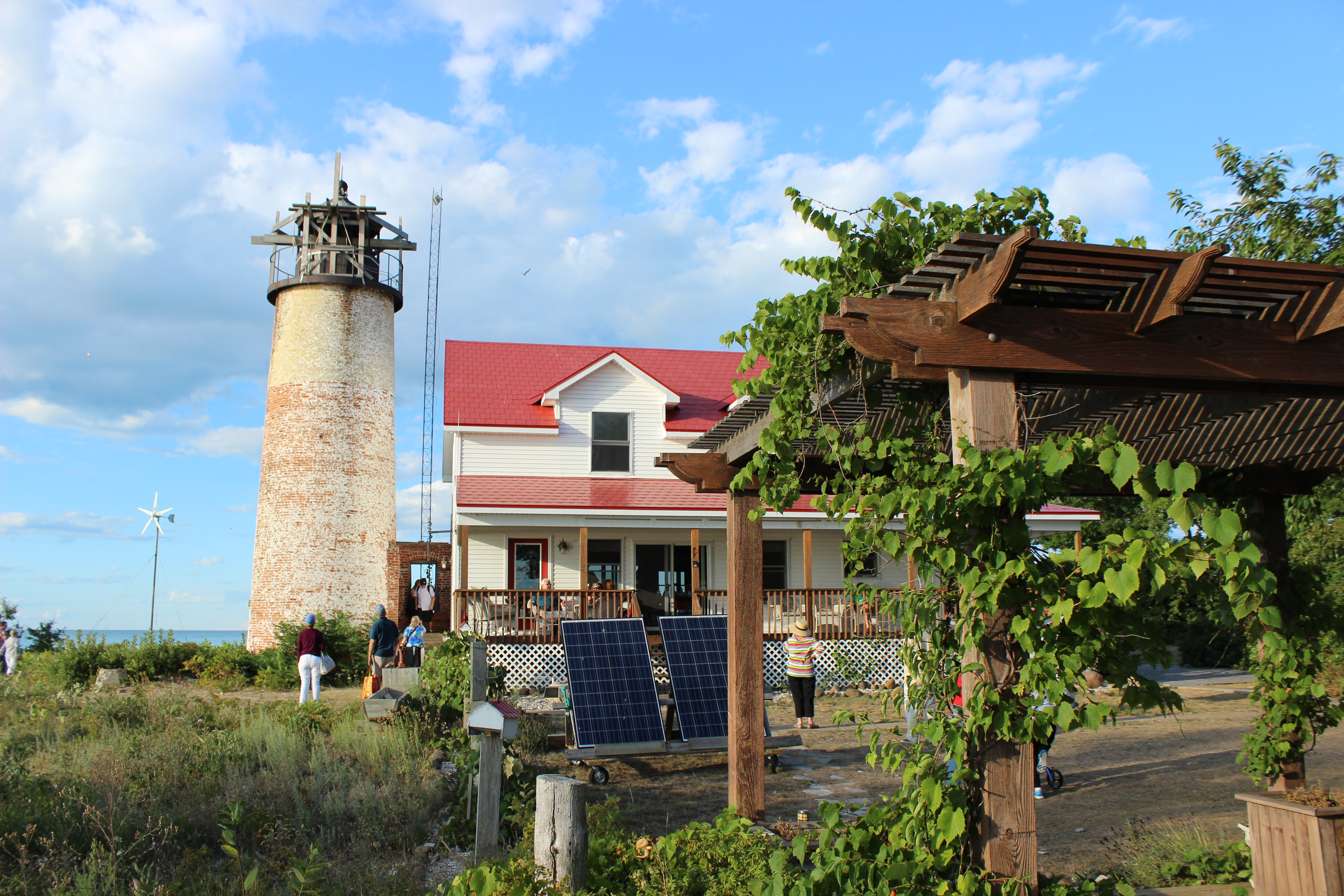 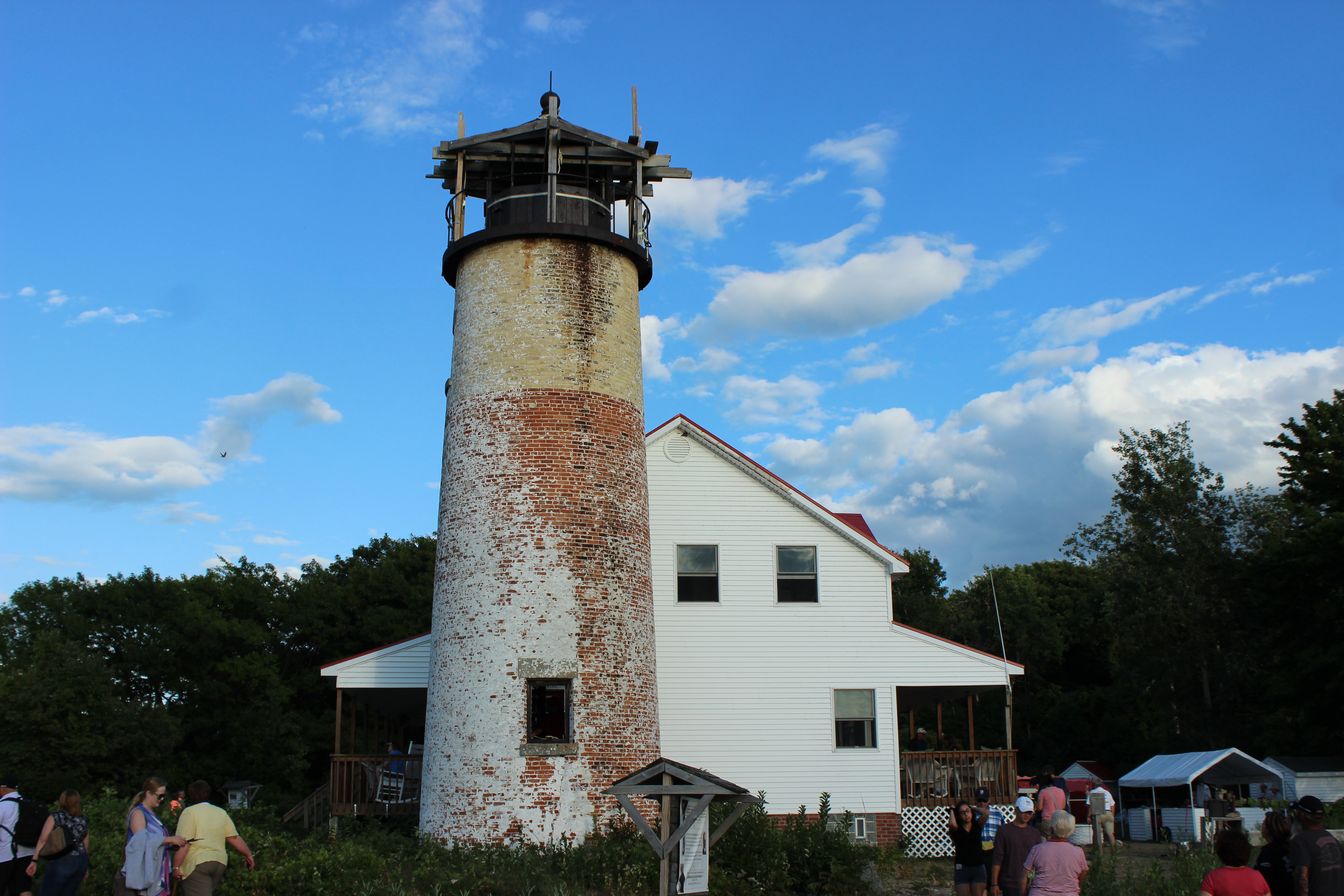 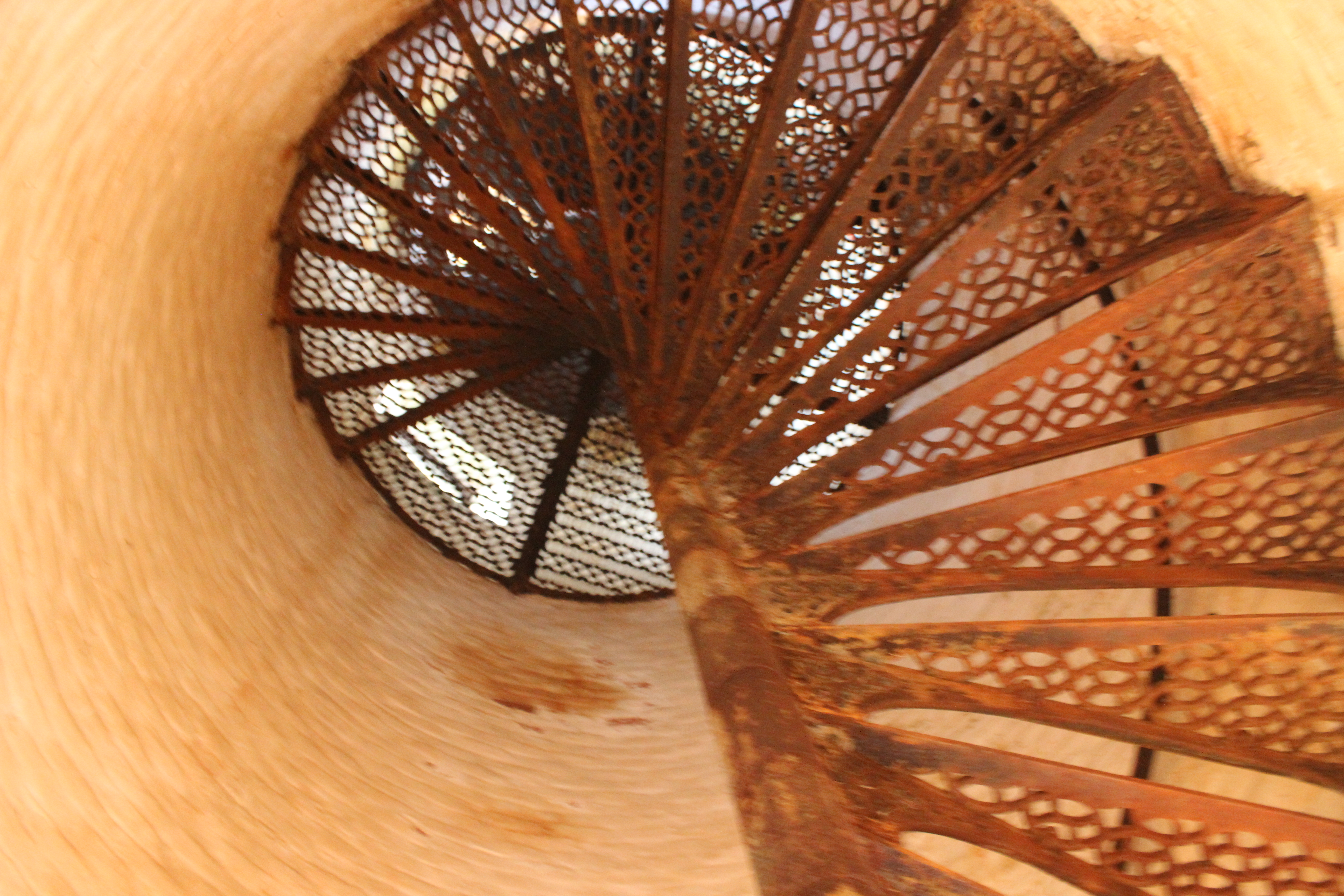 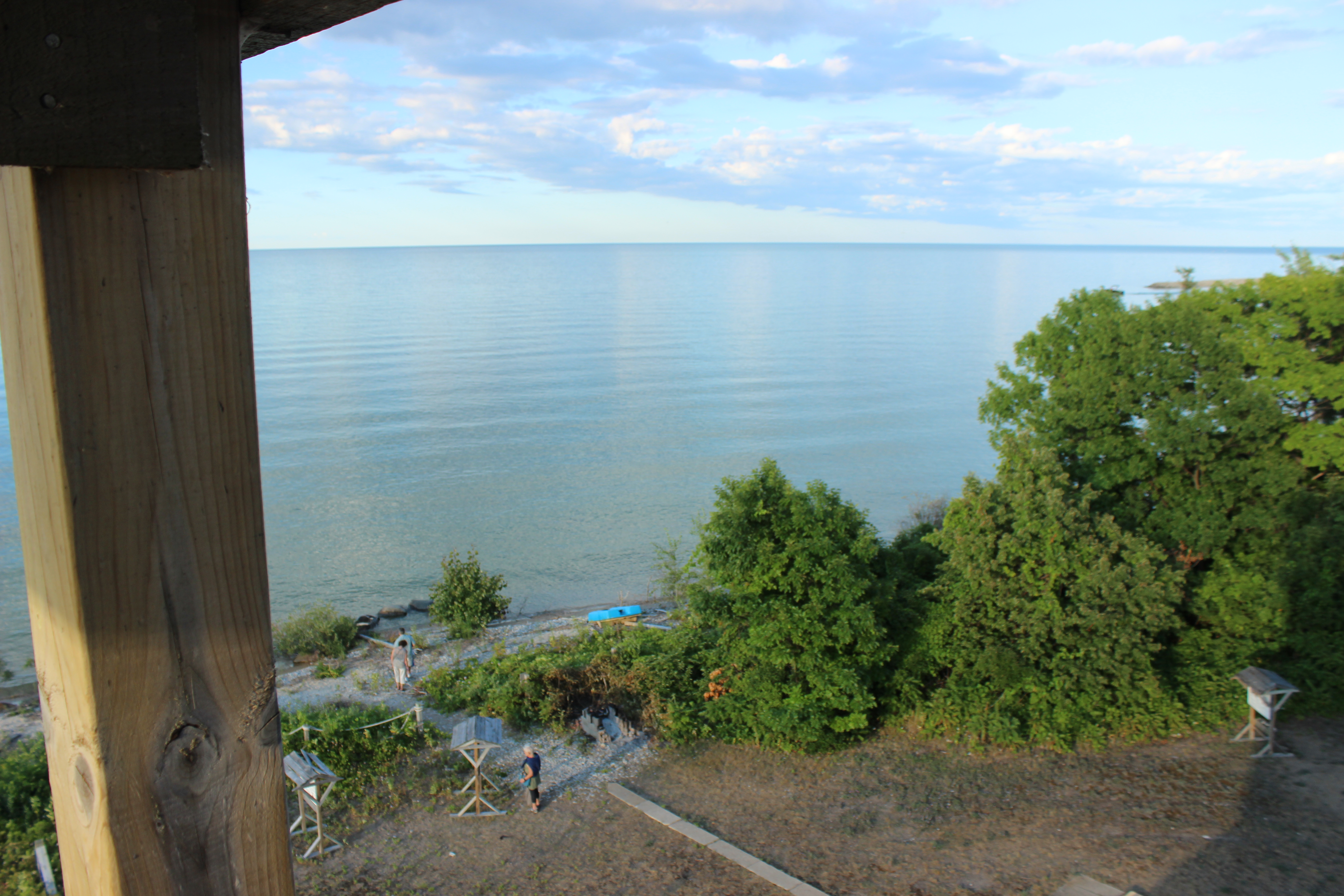 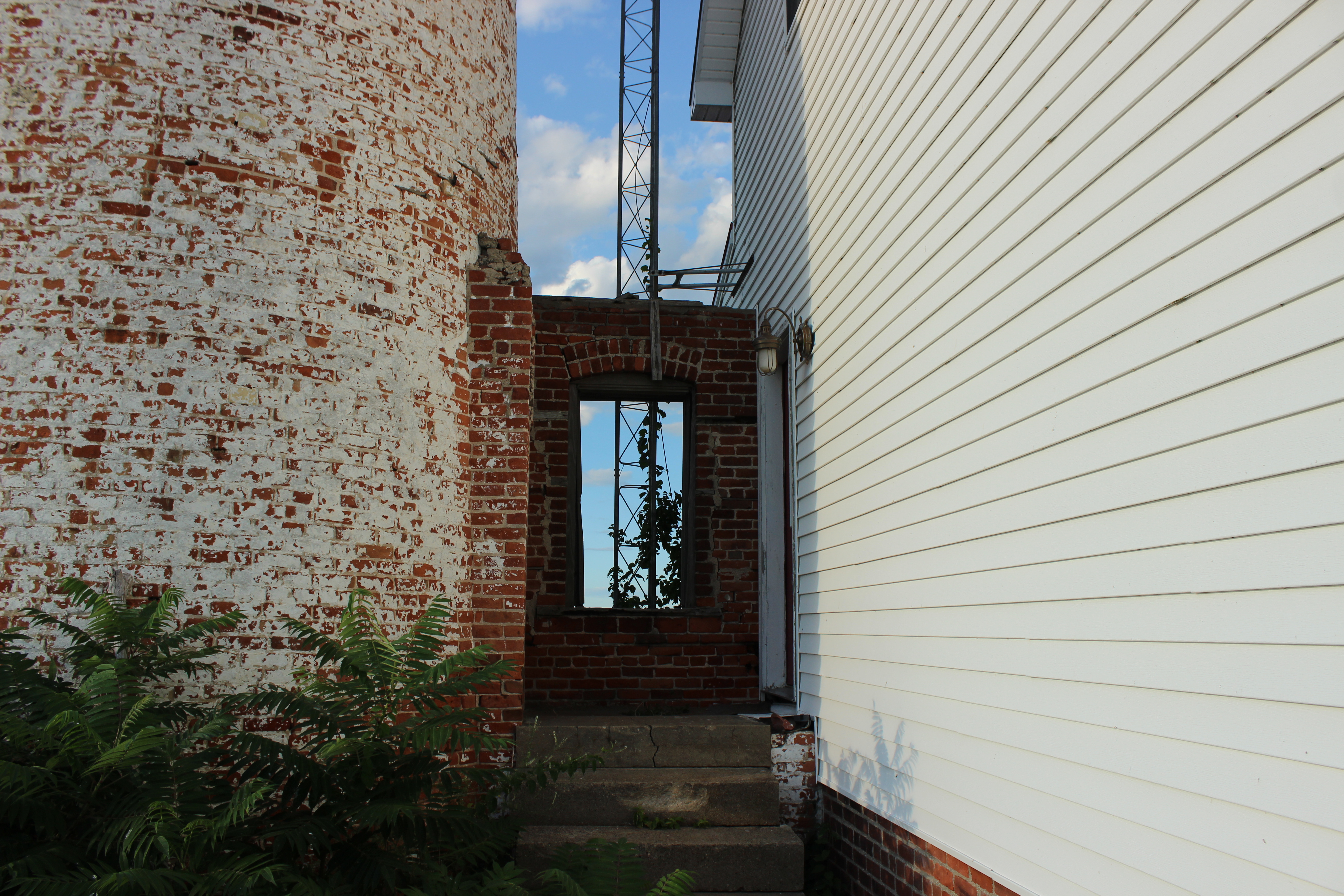