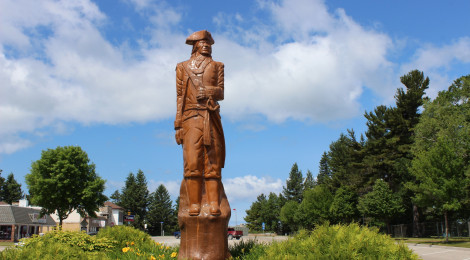 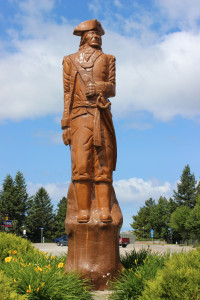 Mackinaw City is a top vacation destination for Michigan residents, with its family-friendly activities, close proximity to two Great Lakes, and for being the gateway to Mackinac Island. The city is also home to numerous historical sites and museums. A historical walking pathway takes visitors past 46 points of interest, as well as six woodcarvings of historical figures that helped shape Mackinaw City. We put together a list of these woodcarvings done by Jerry Prior; for a full list of the historic pathway sites visit http://www.mackinawcity.org/Portals/22/docs/Historical%20Trail.pdf. Enjoy a tour of these Mackinaw City historic woodcarvings the next time you visit the Straits of Mackinac! 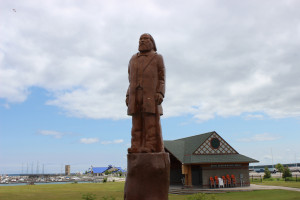 Edgar Conkling, Founder of Mackinaw City – Conkling and Asbury Searles platted what is now Mackinaw City in 1857, with hopes of it becoming the next Chicago. He was a constant advocate for getting people to Mackinaw City with improved transportation, and he laid out the town in an accessible manner that encouraged walkability and lots of open public space. 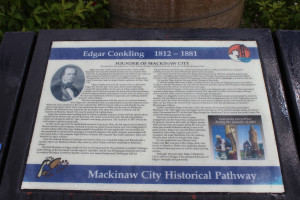 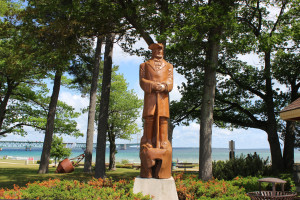 Alexander Henry, Trader – A native of New Jersey, Henry came to the Straits area as one of the first to try and take advantage of rich trading opportunities. He was considered family by Chief Wawatam, who helped him survive the Chippewa attack on the fort in 1763 and kept him safe in other situations on Mackinac Island and in the Ludington area. This woodcarving stands in Alexander Henry Park, one of the most popular places to view the Mackinac Bridge. 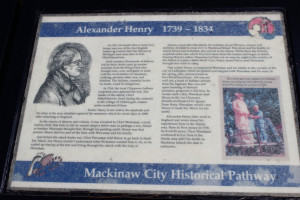 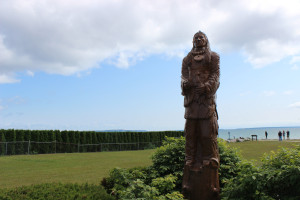 Chief Wawatam – An Ojibway living at the Straits, Wawatam is known for a close friendship with Alexander Henry and for protecting the fur trader from Indian attacks on several occasions. One of the places he hid Henry was on Mackinac Island at Skull Cave. For seventy years, the railroad ferry that crossed between the peninsulas was named after him. Prior carved this statue out of a hundred year old piece of white pine. 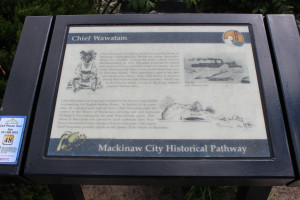 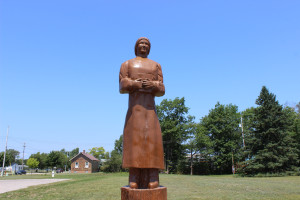 Hattie Stimpson - The only woman honored with a woodcarving so far, Stimpson was overseer of the Woman’s Clubhouse and helped find a permanent home for that organization. The club’s purpose was to “create an organized center of action among women for cooperation in literacy, education and philanthropic work, for the study thereof, and for general culture, the promotion of practical interest in science, art, literature and music. 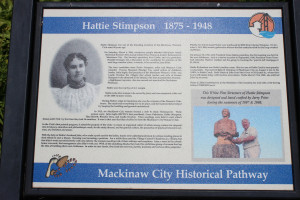 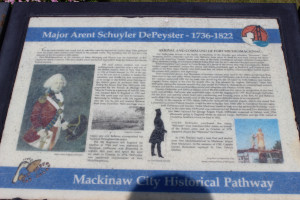 Straits Ave. west of I-75 outside Fort Michlimackinac

Old School Park, near the corner of Jamet and Henry Streets