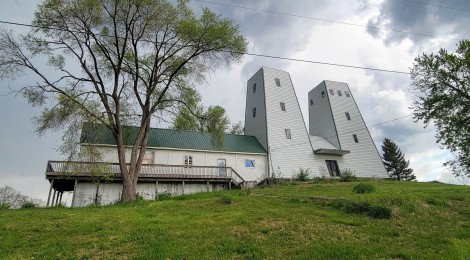 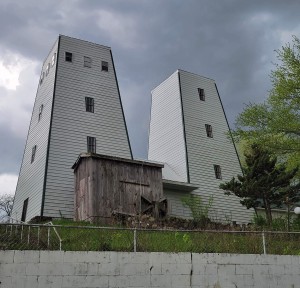 We always love checking out new roadside attractions when we travel around Michigan, and back in May we had a chance to visit one of the state’s more iconic sites when it comes to “tourist trap” spots. The Irish Hills Towers are located near Onsted in Lenawee County and the story behind their construction and operation is certainly an interesting one. The towers are currently fenced off and closed to the public but some efforts have been made to hopefully reopen them someday. It’s impossible to miss them as you drive by on U.S. 12 and we were able to stop and learn a bit about them as a storm approached. 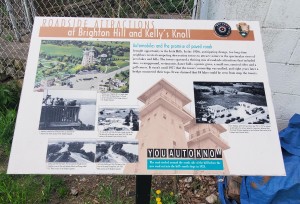 “Automobiles and the promise of paved roads brought opportunity to the Irish Hills. In the 1920s, anticipating change, two long-time neighbors erected competing observation towers to attract visitors to the spectacular views of area lakes and hills. The towers spawned a thriving mix of roadside attractions that included inns, a campground, restaurants, dance halls, a picnic grove, a small zoo, carnival rides and a golf course. It wasn’t until 1957 that the towers’ ownership was unified, and eight years later a bridge connected their tops. It was claimed that 10 lakes could be seen from atop the towers.” 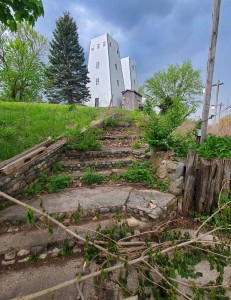 This area has always been a popular one for summer tourism, and you’ll find plenty of campgrounds, restaurants, and other attractions in the area. Cambridge Junction Historic State Park, Michigan International Speedway, Stagecoach Stop Western Resort, Mystery Hill, the St. Joseph Shrine, and Hayes State Park are all located within a few minutes drive of the Irish Hills towers. 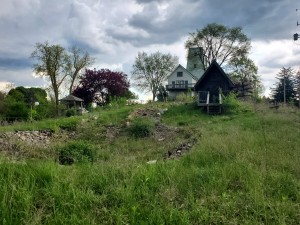 While the towers may be fenced off, you can still photograph them from the side of the road. The approaching storm when we visited made them appear more ominous in their semi-abandoned state, especially with the remnants of an old mini golf course next to the towers. We’re sure some of you have some great photos from visiting the towers when they were open and we’d love to see them and hear your stories. For now, we continue to hope that they may one day be open again for tourists passing by on U.S. 12! 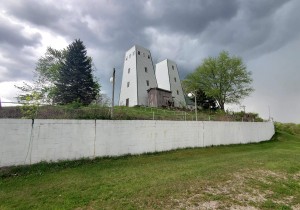