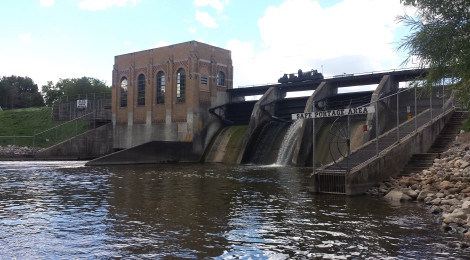 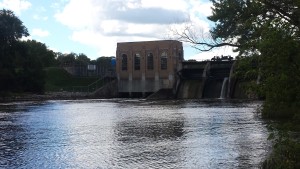 The Grand Rapids, Michigan area is home to countless parks and open spaces that offer opportunities for picnics, family excursions, quiet reflection, outdoor recreation and more. Despite living in the area for more than 10 years, we’re always looking for new places to enjoy. One of our favorite parks that we’ve recently discovered is Leslie E. Tassell Park in Cascade Township, a park that features beautiful landscaping and frontage on the Thornapple River below the Cascade Dam. The park is named for philanthropist Leslie E. Tassell, who made his fortune through the tool-and-die company Lescoa. The park was dedicated in 2001, and continues to be a great destination thanks to its easy access by car, on bike or on foot. 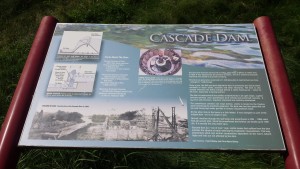 Several plaques throughout the park tell of the history of the area as well as the dam. The Cascade Dam plaque reads: “The first dam was built on this site n 1853, apparently to power a timber mill. In 1926 it was replaced by the present structure, which is owned by a Cascade Township and leased to a private company. This dam can generate 1,400 kilowatts of electricity at one time – enough for 1,400 homes. Twice a year, the 300-acre pond behind the dam is lowered four feet to allow residents to repair docks, seawalls and other structures. The dam is also opened whenever the debris buildup behind it needs flushing out – listen for the siren, especially in spring and fall. The dam is constructed of two earthen embankments in an ogee shape, a gated concrete spillway and a powerhouse built of brick and reinforced concrete. It is a very safe structure, regularly inspected and carefully maintained. The powerhouse contains one large turbine, which is turned by the flowing water and drives the electrical generator. The dam also has four gates that can be used during high water periods to release impoundment water. On the other side of the fence is a fish ladder. It was designed as part of the the original dam, but is no longer in use. Normal riverflow through the spillways and powerhouse is 200 – 1000 cubic feet per second. Since the powerhouse can handle up to 1700 cfs, it is usually the only outlet open. Cascade Dam is a “run of river” dam, which means that outflow from the dam matches the amount of water entering the headwater impoundment. That way, downstream plant and animal communities dependent on the river’s natural highs and lows are not affected by the dam.” 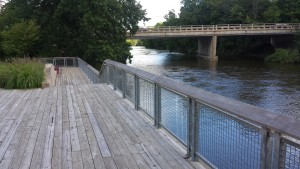 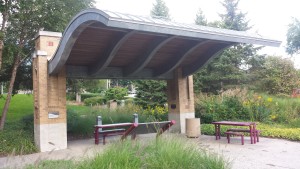 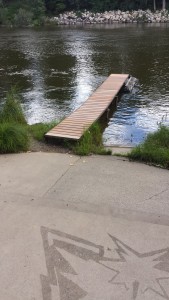 Leslie E. Tassell Park has a community fire pit, a pavilion that can be rented, a fishing pier, numerous benches, a boardwalk, and an interactive fountain. 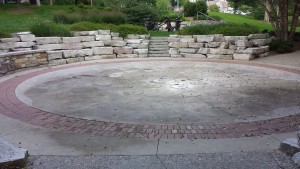 The park also features several works of art, each with a plaque that tells who the artist was and who donated it to the park: 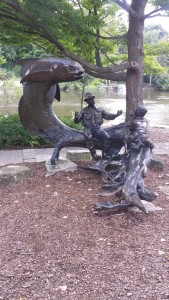 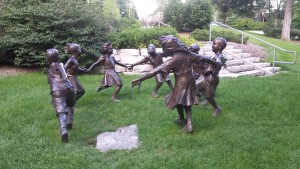 Circle of Peace by Gary Price 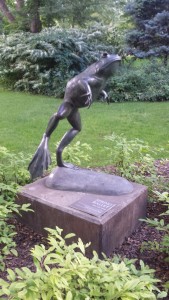 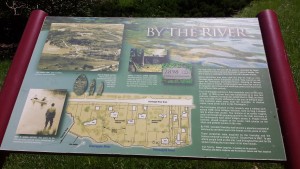 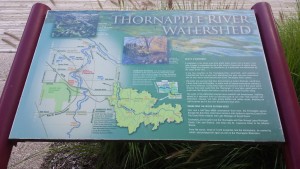 Another plaque tells of the development of a community around the river, beginning with the arrival of Europeans in the 1830s and the first permanent residence in the 1930s. The third one tells about the Thornapple River Watershed, including where the water in the river goes after it flows by the park. 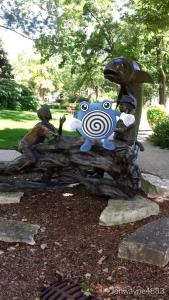 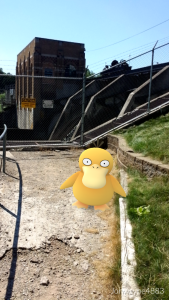 Pokemon Go players will really enjoy a visit to this park as it is home to six Pokestops and a gym.