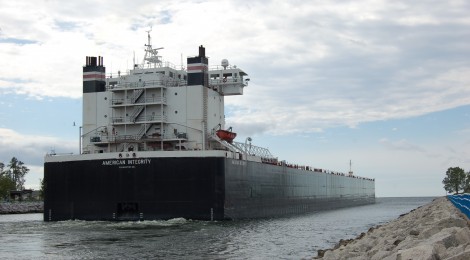 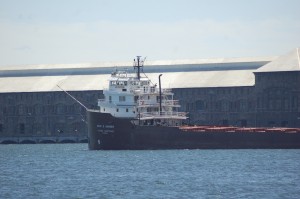 A popular Twitter contest that looks to find the most popular Great Lakes freighter kicks off its second year later this week, and will run through March with a bracket system the same way everyone’s college basketball tournament does. 32 different ships will start the month off as part of the contest. Last year’s winner was the Wilfred Sykes, which beat out 23 other finalists. The prize on the line is a one-year stay as the profile picture for the Twitter account that is hosting this contest, @VisittheSault. You can take a look at the bracket below. The contest begins Friday, March 5, and runs until only one vessel is left. Below we’ll take a look at the returning champion as well as make our own Final Four predictions for this year.
Freighter Frenzy promises to be exciting!

Sault Ste. Marie is Michigan’s oldest city and one of our state’s most popular boatwatching locations. Any ship heading to or from Lake Superior must pass through the Soo Locks, which make up for a 21 foot drop in water levels on the St. Mary’s River where rapids used to be. You can check out our posts about the Soo Locks and Rotary Park for more great details on watching the ships from this bracket as they visit Sault Ste. Marie. 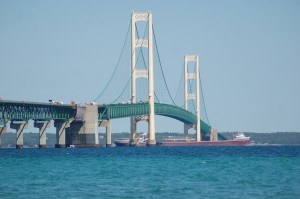 Last year’s winner, the Wilfred Sykes, was built in 1949 for the Inland Steel Co. When launched, it was the largest vessel on the Great Lakes. It is 678 feet long and currently operates as part of the Central Marine Logistics fleet, mostly hauling taconite on Lake Michigan. It has remained popular amongst boatwatchers for its sleek design and red, white, and gray paint job. 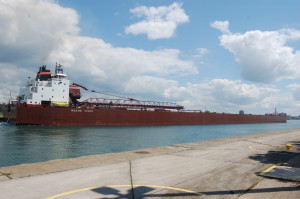 Looking at this year’s bracket, there are many of the currently operating 1,000 foot freighters on the list. Ships from the American Steamship Co., Lower Lakes Towing, Interlake, and other companies will go up against each other as well as retired classic like the Valley Camp and the Edmund Fitzgerald. 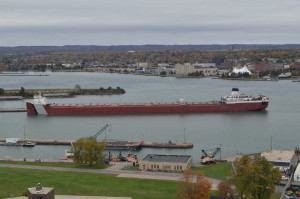 Now, here’s some predictions. It’s easy to see the Wilfred Sykes making it back to the Final Four. The bottom left corner is a bit harder to predict, but frontrunners for a Final Four spot there would likely be the Kaye E. Barker or the Lee A. Tregurtha. In the upper right quadrant, one would think the Edmund Fitzgerald will put up a bit of a fight but eventually fall to the unique Stewart J. Cort. In the bottom right corner, the “Queen of the Lakes” Paul R. Tregurtha certainly has a shot, but the favorite has to be the long-serving Alpena from the Inland Lakes Management fleet. With this being a fan voted contest, anything can happen and it will be fun to follow along and see who wins the second edition of Freighter Frenzy!